Nicholas Moyo* describes his life growing up as hell after his family went to great lengths to force him ‘to behave like other boys.’

The now 30-year-old Bulawayo-based health worker realised at an early age that he preferred doing chores traditionally reserved for women such as cooking.

Most of his friends were girls and he rarely played with boys, a habit that alarmed his conservative parents and set tongues wagging in the neighbourhood.

As he grew up, Moyo realised that he was sexually attracted to boys and this did not go unnoticed by his family.

He described how his family struggled to accept that he was gay until they were counselled by one of his uncles who was abroad.

“I had a tough time with my parents when they noticed that I was different,” said Moyo, who now leads any openly gay lifestyle.

“I loved cooking and would play with girls a lot. I couldn’t keep up with gardening and other masculine duties that needed attention at home,” he added.

Moyo said his life only changed when he got a job and became independent. He said at that point he could associate with people that understood his sexual orientation.

“The struggle wasn’t limited to my time at school but I faced the same questions at family gatherings where relatives would demand to see my girlfriend,” Moyo said.

“At church, some elders would ask me why I was so different from other boys but I stood my ground.

“I managed to overcome the struggles because I was confident that there was nothing wrong with my sexuality. I now have my own source of income and no longer care what other people think about me.”

Moyo’s story will resonate with a wider section of the lesbian, gays, bisexual, transgender and intersex (LGBTI) community in Zimbabwe, which besides a government clampdown has to contend with homophobic society.

According to the latest report by the Gays and Lesbians Association of Zimbabwe (GALZ) report on violations against the LGBTI community, an increasing number of people were rejected by their families after they were outed for being gay.

The report covering the period 2017 to 2018 titled Actus Reus: An analysis of human rights violations against LGBTI persons in Zimbabwe, says the practice where a person is rejected by family on the basis of sexual orientation or gender identity is linked to conservative religious and cultural beliefs that are entrenched in the country.

“Disownment, which is typically associated with a family deciding to cut all relational ties with a member who has been outed, accounted for seven percent of all recorded violations,” GALZ says in the report.

“This form of violation was generally associated with displacement in situations where the complainant was living under the care of parents or guardians and did not own or have entitlements to the residence.”

The investigation established that gay men dominated cases of people rejected by their families because of their sexual orientation.

It cites the case of a 25-year-old gay man only identified as Godknows who was not only disowned by his family but also lost his travel and identity documents for ‘embarrassing’ the clan.

“In another unique case recorded in 2014, a gay man is believed to have committed suicide following a sustained dispute and possibly disownment by his family,’ the report added.

If the displaced, especially minors, fail to get help on time they risk being drawn into commercial sex work for a living where they are vulnerable to abuse.

GALZ routinely secures homes for displaced LGBTI people and also tries to reunite them with their estranged families.

Chester Samba, the GALZ director said a majority of Zimbabweans regarded same-sex activity as against cultural and biblical teachings.

“The country’s criminal code criminalises any same-sex activity between men and legitimises discrimination against the LGBTI community,” Samba told CITE.

“The majority of Zimbabweans regard same-sex activity as against biblical teachings and thus sinful; as contrary to African cultural practices and traditions; as a practice introduced during colonial intrusion; as sickness and psychological disorder; and attempts to introduce LGBTI rights to Zimbabwe as western cultural imperialism.”

Former president Robert Mugabe once described gays and lesbians as worse than pigs and dogs.

Mugabe in 2015 told the United Nationals general assembly that gay rights were not human rights.

The nonagenarian said gay rights were contrary to “our values, norms and beliefs.”  “We are not gays,” he thundered at the time.

Samba, however, said Mugabe’s ouster in a coup in 2017 and President Emmerson Mnangagwa’s ascendancy provided an opportunity to end the discrimination against the LGBTI community in Zimbabwe.

“The current regime provides an opportunity for GALZ to re-engage with government and regain lost ground in part due to Zimbabwe’s criminal code, which criminalises any sexual activity between consenting male adults,” he added. “This opportunity had never presented itself under former president Mugabe.”

Other common violations cited in the GALZ report included assaults and threats, blackmail, invasion of privacy, police harassment and detention as well as discrimination and unfair labour practices.

Nozipho Moyo, an official at the Bulawayo-based Sexual Rights Centre said it was unfortunate that institutions such as churches were at the forefront of discriminating members of the LGBTI community.

Moyo said society has to accept that it cannot change people’s sexual orientation and learn to embrace diversity.

“There is no need to feel pity for members of the LGBTI community. “They understand and appreciate who they are,” she said. “It is unfortunate that churches at times are so full of hypocrisy.

“They turn away people based on their sexuality. These people were born the way they are and the least the community can do is to accept them as they are.”

The Roman Catholic Church’s head of the Archdiocese of Bulawayo Archbishop Alex Thomas said although the church does not discriminate people based on their sexual orientation, they were clear that homosexuality is against Christian values.

“We do not discriminate people based on (sexual) orientation,” he said.

“Everyone is allowed to choose what they want but we always reiterate it is not right in the eyes of God.”

Thomas said homosexuality on its own was not a sin, hence they encouraged abstinence for those attracted to people of the same gender.

“The church accepts everyone regardless of their sin, however, we encourage them to do right by not acting upon their desires and by practising a holy way of life.

“The Catholic church takes all its rules and regulations from the traditional law and the divine law,” he said.

“In these two laws homosexuality is not accepted.

“A country might make its laws based on pressures being exerted upon them by foreign groups but the church never approves.”

Some religious leaders in Zimbabwe have been accused of fuelling homophobia, the GALZ violations reported noted.

“A case in point is the well-known religious leader Walter Magaya, who is known for conducting ‘healing’ sessions for LGBTI members,” the report added.

Prominent cultural activist Pathisa Nyathi said homosexuality was considered a Western lifestyle that was being imposed on African countries.

“African tradition values family. No family emanates from same-sex relationships,” he added. “These people must be left on their own to enjoy their flashy lives. There is no continuity from them because they do not reproduce.”

Moyo said Zimbabwe must review its legal statutes to protect the rights of the LGBTI community. Zimbabwe does not outlaw homosexuality, but certain laws criminalise sex between men.

“Although the country’s constitution is silent on gay relations, it prohibits homosexuality,” Moyo added. “The criminal offence for such carries a jail fine of up to three years.

“Sometimes police arrest gays, then set them free without bringing up any charges. “This is a violation of their rights.”

GALZ believes to deal with ‘deep-rooted cultural beliefs and attitudes that fuel homophobia’; Zimbabwe has to bring together a number of institutions to find common ground. 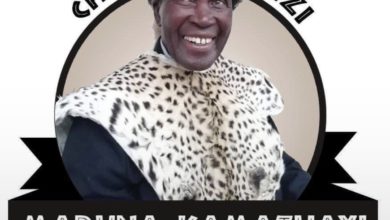