With the government and the health ministry still holding on to the covid-19 lockdown regulations which come with the limited operation of bars and nightclubs, party lovers have sought other illegal and secret means to quench their ‘thirst’ for a good time.

On Wednesday, Bulawayo recorded one new Coronavirus related death and ten new cases in the past twenty-four hours, bringing the total number of cases to 1521 in the city.

With the rise in the number of illegal house parties and shebeens in most Bulawayo suburbs, state-owned meat processing company, the Cold Storage Commission (CSC) is one of the entities hosting secret parties making the area a Covid-19 high risk zone.

CSC which has not been operational for 20 years and struggling to regain its former industrial state is operating a bar and braai spot- named The Hideout Bar at their Belmont industrial site in Bulawayo.

The bar which operates on a daily basis has become the only alternative for many party lovers since bars and night clubs in the central business district of Bulawayo are closed and adhering to lockdown regulations.

When the bar started operating during the early stages of lockdown, it employed secret ways of mobilising patrons by the use of WhatsApp. Patrons would meet in a WhatsApp group where upcoming events at the Hideout Bar would be discussed and new members would be vetted first before joining the group.

Invitation to events would circulate with a certain inner circle which would recruit new members that they would have vetted to make sure they wouldn’t alert the police.

When this publication visited the place last week, close to 200 attendants were having fun and not adhering to basic Covid-19 regulations of maintaining social distance and putting on face masks and hand sanitization, putting everyone at risk of infection.

The proprietor of the Hideout Bar, Elias Zozo confirmed that the club is indeed operating but refuted operating till the wee hours of the morning.

“Like any other normal club we open and close at normal times but if people want to continue drinking from outside then we can’t control them,” he said.

CSC spokesperson Reginald Shoko said the bar is in the hands of a tenant and they can only interfere with its daily business if only they received a complaint.

“The bar is not ours (CSC), It’s a tenant running the social club which has always housed a bar there. We don’t interfere with daily proceedings at the bar until there is a complaint from other tenants or from the public. I heard it has become very popular and attracting many people may be due to Covid -19 and the fact that many bars are closed in the city centre,” he said.

The government is deliberately opening the economy in phases and businesses should adhere to the curfew regulations, if there are businesses or bars that are operating in full swing, that’s a violation of the rules and this risk us from being affected by the second wave of the virus,” he said.

One of the attendants only named Mthoe said he was risking his health and life all for the love of a good time.

“It has been a long time since I went out and I am really enjoying being here but honestly this is not good. Everyone here is at the risk of infection, we don’t know who and who is here and where some have been to. Some of the people I see here were in South Africa just a few days ago and now they are here. How did they cross the border, did they get tested or even quarantined? Yes, we love beer and being with friends but this is a mess, I won’t be surprised if some here test positive,” he said.

The leisure spot has also become a high crime risk with some attendants allege that their cars were broken into.

“I have been coming here for some time since the start of Lockdown and it’s only last night after partying I discovered that my car was broken into and we lost two mobile phones that myself and my girlfriend had left in the car.

The problem is the bar is hidden and near the notorious Sidojiwe Hostels, I suspect that these inhabitants are taking advantage of this bar. It’s hard for someone to report a crime to the police which happened at a scene which is also operating illegally.

When we started coming here since lockdown we were few but now the numbers have risen making it hard for the club proprietors to control the crowds and crime which happens within the bar and at the always fully packed car park,” said a regular attendant, identified as Thabo.

In 2018, a United Kingdom based meat processor Boustead Beef was unveiled by the government as the new investor who would run the CSC, however the company might not open anytime soon amid reports that its new investor is facing serious challenges in raising the required capital to revive operations.

By the time of announcing the deal, the then Lands, agriculture, Water, Climate and Rural Development Minister, the late Perrence Shiri suggested that Boustead Beef will inject fresh capital to cover basic essentials towards the revival of the once famed company.

Reports indicated that Boustead Beef was a briefcase company registered in Zimbabwe though the government had indicated that it was a United Kingdom based meat processing giant.

Boustead Beef promised to bring back to life struggling CSC after affirming to inject a total of US$400 million over the next five years to revive the company that had become dormant in the last two decades.

There are also indications that some CSC machinery and other scrap metal is also being sold, while workers residing at company premises have also been notified of eviction, a claim that could not be independently verified.

CSC’s Bulawayo complex is the largest meat slaughtering facility in Africa and only trails Botswana Meat Commission in terms of the latest technologies. 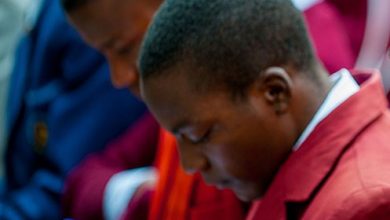 ‘Tertiary students must be taught the constitution’