Much of Zimbabwe’s hopes of turning around its economic fortunes lay in receiving a thumbs up from the International Monetary Fund (IMF), but the international lender says its Staff Monitored Programme is off track due to the southern African nation’s failure to implement reforms.

In an Article IV assessment, the IMF said Zimbabwe had scored some notable reforms such a significant fiscal consolidation that has helped reduce the monetary financing of the deficit, the introduction of the new domestic currency in February 2019, the creation of an interbank foreign exchange market and the restructuring of the command agriculture financing model to a public-private partnership with commercial banks.

But the negatives far outweigh the positives.

“However, uneven implementation of reforms, notably delays and missteps in FX and monetary reforms, have failed to restore confidence in the new currency,” the IMF said.

“Reengagement with the international community continues to face delays.

“The Zimbabwean government has yet to define the modalities and financing to clear arrears to the World Bank and other multilateral institutions, and to undertake reforms that would facilitate resolution of arrears with bilateral creditors.”

Following its failure to pay back loans to the World Bank, IMF and African Development Bank at the turn of the millenium, Zimbabwe’s access to cheap loans and budget support have been blocked.

The country has managed to pay back what it owed to IMF using Special Drawing Rights, but attempts to pay other lenders have so far been off the mark.

“This continues to constrain Zimbabwe’s access to external official support.

“As a result, the authorities face a difficult balance of pursuing tight monetary policy to reduce very high inflation and prudent fiscal policy to address the macroeconomic imbalances and build confidence in the currency, while averting a crisis.

“While the 2020 budget includes a significant increase in social spending, it is likely insufficient to meet the pressing social needs.

“Absent a scaling up of donor support, the risks of a deep humanitarian crisis are high,” the IMF warned ominously.

To help turn around its fortunes following “policy missteps”, Zimbabwean authorities would have to make difficult policy choices, the IMF said.

Despite implementing an austerity programme, it is highly unlikely that Zimbabwe will implement non-essential spending cuts, as the government recently announced that it would set up subsidised shops for the military.

“People’s shops” offering subsidised goods are also in the offing, while the government has been running a public transport subsidy for several months.

In addition, the IMF stressed the need to address governance and corruption challenges, entrenched vested interests, and enforcement of the rule of law to improve the business climate and support private‑sector‑led inclusive growth.

Such efforts would be instrumental to advance re-engagement efforts with the international community and mobilize the needed support.

Financial Times reported that following the adverse report, Zimbabwe was planning a new monetary programme, but this time without IMF supervision. 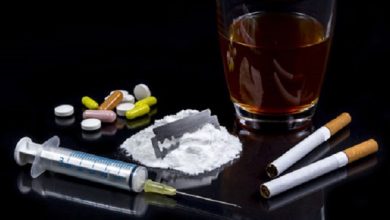 Byo businessman converts his home to a drug rehabilitation centre