The operationalisation the implementation matrix initiated in 2019 that included resolutions to deal with the emotive Gukurahundi massacres and other developmental issues affecting Matabeleland provinces has been stalled by the Covid-19 pandemic, a government official has said.

The implementation matrix was initiated after President Emmerson Mnangagwa met members of the Matabeleland Civic Society (formerly Matabeleland Collective) at Bulawayo State House two years ago that was described as part of efforts to solve Gukurahundi that has remained on the national agenda for decades.

Part of the resolutions under the implementation matrix were to fast track the issuance of birth certificates, national identity documents and death certificates to victims of the mass killings.

After one meeting at the Bulawayo State House in August last year, leader of the team that met with President Mnangagwa, Jenny Williams announced there was to be national launch event on the issuance of national documentation in Matopo district, in Bhalagwe, where most of the Gukurahundi killings took place.

In an interview with CITE on progress made so far, Permanent Secretary in the Ministry of Justice, Legal and Parliamentary Affairs. Virginia Mabhiza, tasked with overseeing the implementation matrix, said Covid-19 stalled progress as meetings between stakeholders had taken place of late.

“As you were made aware, we were planning to have a launch especially for the documentation of birth and death certificates but because of Covid-19 challenges we’ve been unable to meet,” she said.

Mabhiza, however, said the stakeholders would soon meet virtually, as earlier this week, she  had engaged with president of the Chiefs Council, Chief Fortune Charumbira on the way forward.

“We are planning on engaging in a virtual meeting with some of the traditional leaders who are responsible for the issues that are mostly involved but I can say there’s been a lot of progress on the ground especially concerning the Registrar General’s office. I know even if we haven’t officially launched, a lot of processes have been taking place with people getting assistance,” she said.

“The launch was a publicity issue as we also wanted to get more people involved and know what’s happening. I think as the Covid-19 challenges ease, we may be able to do the launch soon. We are yet to agree (on the virtual meeting) as I only spoke with Chief Charumbira this week. I’m sure he will consult with some of his colleagues.”

The permanent secretary indicated the launch would still take place in Matopo district.

Mabhiza added there were also legal implications that were still under discussion concerning the cause of death of Gukurahundi victims on their death certificates and exhumations.

“There are legal implications, I understand the Registrar General’s office was looking into that and there were discussions taking place with the various stakeholders so that we reach consensus in line with the law. This is the same process with exhumations, again this lies with the home affairs ministry,” she said.

“What I know is there were drafts to make a statutory instrument to enable this but I’m not so sure where we are now because we haven’t met with my counterparts in the home affairs ministry.”

Some of the issues of the implementation matrix included youth empowerment, women’s quota, corruption in district councils, the National Matabeleland Zambezi Water Project, and this was reportedly dispatched to all relevant ministries such as the Ministry of Women Affairs, Community, Small and Medium Enterprises Development; Ministry of Local  Government, Public Works and National Housing; Ministry of Lands, Agriculture, Water Climate and Rural resettlement; Ministry of Home Affairs and Cultural heritage and the Zimbabwe Anti Corruption Commission.

In February 2020, President Mnangagwa, at a meeting at the Bulawayo State House acknowledged that from an update of the implementation matrix, “the picture that emerged was little had been done.”

In that meeting, Mabhiza presented 16 key issues that were still outstanding as the respective ministries were working to facilitate them.

Some of the issues were a number of people in Matabeleland including victims of Gukurahundi still without birth certificates and that the government was refusing to state Gukurahundi on death certificates of victims opting to say ‘died in a crossfire.’

Mabhiza said exhumations were to be done orderly and legally as there were some who attempted to conduct illegal exhumations and the government had to object.

In a subsequent meeting held in August 2020 after a closed door session with the president, Williams said then, that “the meeting was much more meaningful because now we are actually operationalising some of the items in the implementation matrix.”

She said although their engagement was with President Mnangagwa, “there have been engagements with various line ministries, at various ministerial, permanent secretaries and actually at provincial level.” 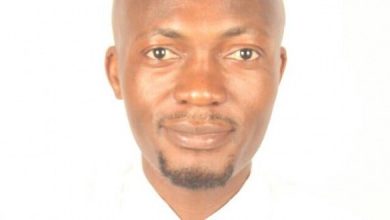 Mzaca given seven years in jail