The Global Fund says it has a zero-tolerance for fraud and corruption that prevent resources from reaching people who need them and if any country misappropriates funds they will be forced to pay back.

As an international financing and partnership organisation that invests additional resources to end epidemics, the Global Fund to Fight AIDS, Tuberculosis and Malaria said it audits and verifies every expenditure report from every recipient country in addition to a local fund agent who monitors funds usage.

In an interview with CITE, Head of the Africa and Middle East Department at the Global Fund, responsible for implementation of Global Fund agreed grants in 41 countries, Cynthia Mwase said the organisation knew there was a possibility of money misappropriation but conducted annual budgets for recipients to account.

“As a global fund employee and also as a Zambian because I understand those stories when I go home, people always tell me ‘the money was stolen, you don’t know.’ I do understand that money does get misappropriated,” she said.

“But I want to tamper my response by saying you can also can never really make sure that every single dollar has been used as agreed but I can also tell you that as Global Fund we have a zero tolerance so people who handle Global Fund money know this. This is what we do in normal circumstances where we agree on a budget  and everything for us is on our website.”

Mwase’s response comes on the backdrop of claims made by Chairperson of the Parliamentary Committee on Health and Child Care, Dr Ruth Labode on January 28, 2021 who accused the government of being corrupt and questioned why people were paying for Covid-19 tests when Zimbabwe received a donation of $45 Million from the Global Fund for test kits last year.

Reacting to those claims, Permanent Secretary in the Ministry of Information, Publicity and Broadcasting Services, Nick Mangwana said Dr Labode’s sentiments were erroneous and ‘possibly’ misadvised.

After Mangwana’s response, Dr Labode still expressed concern over the fact that Zimbabwe has few free Covid-19 testing centres that conducted polymerase chain reaction (PCR) at a time when number of infections in the country were rising.

This exchange raised concerns that perhaps there was possible misappropriation over donated funds despite Mangwana’s assertions .

The Global Fund official noted that annually, each grant is audited by an independent auditor and they also bring in their Office of the Inspector General (OIG) who conducted a periodic audit of every grant.

“Normally that would be every three years where office of the inspector general goes to a country then do a three year of four year audit. So most of the issues  that you’ve seen if money was misappropriated or not used as agreed, you will see that on the website,” she said.

“All our OIG reports are on the website – theglobalfund.org and you will see all OIG reports for the last I don’t know how many years. They even post the audit they do of us the secretariat so everything is right there.”

Mwase said Global Fund had three layers of auditing including every expenditure report that they received, which was verified and every country had a local fund agent  to monitor funds usage.

“In Zimbabwe, If I’m not mistaken our local fund agent may be PwC (PricewaterhouseCoopers), we also have Deloitte and Touche. We have all the big management firm in all the countries whose job it is to verify the information that we have been given -both the programmatic and the financial information,” she said.

However, due to Covid-19, Mwase said some of the programmes have been reduced, because of travel restrictions within countries.

“Regarding that (Zimbabwean) example, I will be looking at what has happened with the distribution (of said Covid-19 test kits), because maybe they were bought but have not distributed well. Our audits usually look at all of that, so if it has happened there will be a timeline but we will find out. As I have said we have a zero tolerance so we always get a refund all countries must pay back any money that was not used as agreed,” said the Global Fund official.

Last year in March, the then Minister of Health and Child Care, Obadiah Moyo, said Zimbabwe was to receive US$25 million from the Global Fund to improve its preparedness and strengthen local mechanisms against Covid-19.

This was after a meeting with Global Fund Executive Director, Peter Sands, who was in Zimbabwe for the first time – to oversee how projects under grant funds are managed.

Global Fund, had also that March awarded Zimbabwe with a new grant worth US$500 million for a three-year cycle to continue and step up efforts to combat HIV/AIDS, Tuberculosis and Malaria. 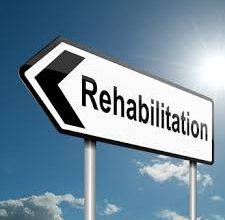 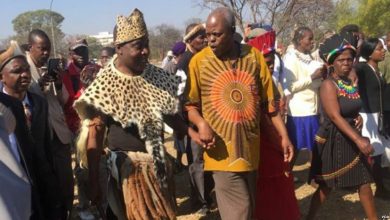