The two were arrested last week after 18-year-old Chantel Thubelihle Sibalwa tried to buy food from a Chicken Inn outlet using a fake US$100 note.

Sibalwa and her accomplice Onismus Zimunya (43), through their lawyer Bob Sansole of Sansole and Senda Legal Practitioners were released on ZWL$1000 bail each.

Bulawayo magistrate Marygold Ndlovu remanded the pair which is facing charges of possessing articles for criminal use to September 15.

State representative Leonard Chile told the court that on August 21 and at around 11:30AM, Sibalwa proceeded to Chicken inn corner Fort Street and 11th Avenue.

Chile said she gave the cashier a US$100 note who discovered that the note was fake and she alerted her supervisor.

“Upon payment the cashier by the name Sanelisiwe Mhlanga realised that the note was fake. She quickly notified her shift manager, Nyarai who in turn alerted a Sharks Security guard, Mgcini Moyo who was on duty,” Chile said.

Chile said Sibalwa told the police during interviews that she her husband and her husband’s brother, Zimunya were the printers of the fake notes.

He said the police proceeded to Sibalwa’s place of residence for further investigations.

“Also recovered was items used in manufacturing the fake notes, an HP Diskjet printer Serial number CN442175TZ, bond paper, rulers and razor blades. The accused, Chantelle, further revealed that his boyfriend’s young brother, by the name Onesmus Zimunya, was also involved. The accused led the investigating team, to Onesmus’ place, and when he was searched by the police, they found a fake US$10 in his pockets and he was also arrested.” 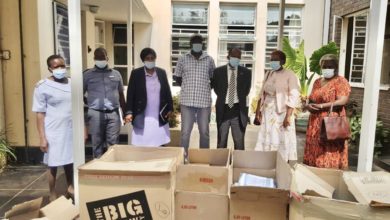