Bulawayo Councillors say there is a need for the local authority to come up with strict timelines and guidelines for companies awarded development tenders to avoid a situation where projects take a long time to be completed.

The city fathers speaking at a full council meeting held last week raised concern at the slow pace at which the Egodini Mall construction is coming along.

In 2016 Terracotta Trading Private Limited won a US$60 million tender for the redevelopment of Basch street terminus, popularly known as Egodini under the Built, Operate and Transfer facility.

The first phase of the project which included the construction of a taxi rank, trader’s stalls, and public toilets was earmarked for completion in November 2019.

Ward 22 Councillor Rodney Jele said there is a need to ensure contractors stick to the agreed timelines.

“We are supposed to put timeframes in certain projects because we now have a problem in the City as we give tenders to certain developers who do not meet their targets,” said Cllr Jele.

“I would like to give an example of what is happening at Egodini. We were told that by November it will be a bus terminus but there hasn’t been any progress.”

Jele said the local authority has to have a policy that allows them to take over projects that fail to meet their targets.

“The year has ended without any progress we just see gravel being delivered here and there. We need a policy that such people who fail to deliver we should withdraw those tenders and give other people. It is important to come up with strict measures when it comes to the time frame and we should get a report of what is happening at Egodini by next month (December).”

“The situation at Egodini is a sorry state as a councillor in the ward I am even afraid to walk in those areas. I think we have a problem of not enforcing resolutions,” said Cllr Ncube.

Alderman Siboniso Khumalo said there was a need to ensure that developers stick to the agreed timeframes.

“We must change the resolution to say signing and movement to the site by the developer should be within three months,” said Cllr Khumalo. 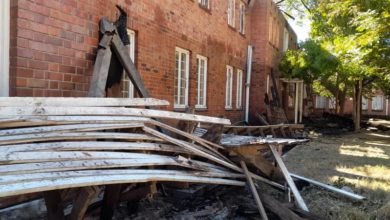 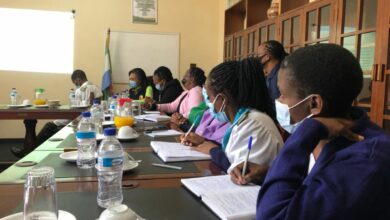