Bulawayo councillors have lobbied for the council management to capacitate its laboratories so that the local authority can conduct its own water tests to avoid an outbreak of water-borne diseases.

The city has been hit by a series of diarrhoea outbreaks which have claimed lives and affected thousands of residents.

In the latest report of the future water supplies and water action ward 22 Councillor Rodney Jele said such cases of diarrhoea outbreaks should be avoided in the future.

Ward 13 Councillor Febbie Msipha said the city’s water quality was a cause of concern to residents.

“Council had reported previously that it had adequate stocks of water cleaning chemicals,” said Cllr Msipha.

She said tests should be done before water was pumped to residents.

In addition, ward 7 Councillor Shadreck  Sibanda said diarrhoea outbreaks must be avoided at all costs in the city.

“Council should not rely on the national electricity grid for water pumping but establish other sources of energy.  It was prudent for authority to be granted to Council to purchase an electrical transformer so that adequate pumping was done,” said Cllr Sibanda.

“A detailed report on the diarrhoea situation at Tshabalala and Sizinda would be submitted accordingly,” said Mayor Mguni. 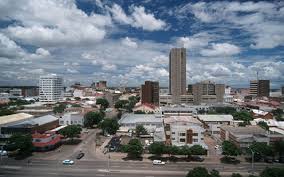