The Government says the country will have more than six television stations by end of this year through its ongoing digitisation programme.

Addressing a question and answer session in Parliament last week, Deputy Minister of Information, publicity and Broadcasting Honourable Energy Mutodi said the programme is halfway complete and efforts are underway to engage partners who will make sure the programme is completed.

He was responding to Hounarable Dexter Nduna’s question on the progress by the Ministry on the digitalization programme and the expansion of airwaves and frequencies.

Last year the government released $6 million to the Broadcasting Authority of Zimbabwe (BAZ) to complete the digitisation project which will see the country migrating from the use of analogue technology to the digital technology in radio and television broadcasting.

“The programme as I am speaking now is half-way complete and will be completed this year as we continue to engage partners such as Huawei and other partners to ensure that by the end of this year, we have more than six television stations and an increase in the number of radio stations”.

He said there are some television stations which have been licenced and will start operating as soon as the digitalisation programme is completed.

“So far, a significant amount of work has already been covered as television stations have already been licenced by the Zimbabwe Media Commission and are just waiting for the completion of the digitalisation programme for them to kick-start their work,” Mutodi said. 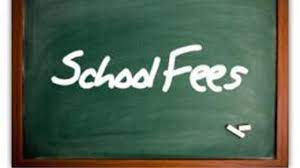