Two men from Bulawayo’s Sizinda suburb have been convicted after they were caught red-handed burning stolen copper cables worth US$32.

The pair are being charged with violating the Post and Telecommunications Act.

Spencer Gande and Sibongilizwe Maniko were caught by an alert security officer as they burnt the copper in the latter’s home in an effort to remove insulation material.

Gande and Maniko who had pleaded not guilty to the charge were convicted by Bulawayo regional magistrate Mafios Moyo after a full trial.

In his judgment, Magistrate Moyo said the State had provided compelling evidence against the pair.

He said it was clear that the two were burning cables around 3 am, a time when human movement was minimal.

“They were able to burn all the copper cables without being noticed or disturbed. The two are therefore found guilty as charged,” Moyo said.

Moyo remanded the two to October 28 for mitigation and sentencing.

Prosecuting, Simbarashe Manyiwa said on August 11 at around 3am, Geshemu Zimba who is a security guard at Sizinda Community Garden was on duty when he saw Gande and Maniko carrying two black bags.

Manyiwa said Zimba became suspicious and followed the duo from a distance until they got to a house in the suburb.

“Upon arrival at the house, Zimba found the accused persons burning copper wires in an effort to remove the insulation material. He arrested the two before calling the police from Tshabalala who recovered the copper cables,” Manyiwa said.

“The matter was referred to CID Minerals Flora and Fauna unit for further investigations. The recovered copper cables were weighed at Zimpost and weighed 3,250kgs valued at US$32.50. 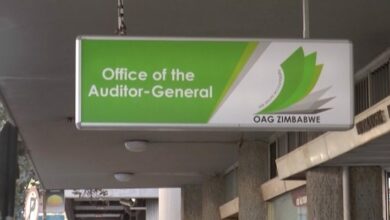