The construction of the Batoka Gorge Hydropower station is set to commence at the end of 2020, with feasibility studies for the 2400 megawatts plant underway.

The $4 billion power station is anticipated to mitigate critical power shortages in the country where power cuts have stretched to 19 hours per day.

The bilateral project between Zambia and Zimbabwe is located within the Batoka Gorge, 47km downstream of the Victoria Falls.

“The project is currently under preparation with the feasibility studies being completed while in parallel, the developer for the project is being procured and expected to be engaged by the end of 2019,” she said.

“Once engaged, the developer is expected to commence works by the end of 2020.”

The project involves construction of the dam, powerhouses, roads, transmission infrastructure and townships in both countries.

She added: “Various opportunities and benefits will accrue from the development of the project including improved access to electricity, job creation, improved social facilities such as schools, hospitals, shopping centers among others.”

The authority engaged an independent International Consultant company, Environmental Resources Management to undertake the Environmental and Social Impact Assessment studies for the project.

Karonga said as earlier announced that there was going to be massive homestead relocations, only a few villagers were going to be affected.

“The project will have minimal impacts regarding physical and economic displacements of the host communities as the reservoir will be contained within the gorge where there is no one living there at present.  Limited displacements, especially economic in nature, is expected from the construction of roads and transmission lines.”

However, where physical or economic displacement will be required, Karonga said the Resettlement Action Plan will be prepared to meet national and international good practice including World Bank and AfDB Environmental and Social Safeguard Policies.

“We will ensure that negotiated compensation and replacement packages are provided to affected households.” 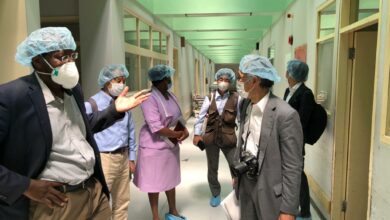 We will use devolution funds to fix roads: Deputy Mayor