A Chinese miner has invaded Inyorka ranch in Matobo prompting the Environmental Management Authority (EMA) working with the provincial mining office and police to issue them with an eviction order.

According to EMA, the Chinese mining company operating under the trade name – Edsabri (Private) Limited – was issued with tickets and orders twice but the group continued mining illegally and they did not have an Environment Impact Assessment (EIA) Report.

Environmentalists, communities and activities have always expressed concern that mining operations usually overseen by the Chinese are not environmentally conscious or friendly, as they leave more harm than good.

Inyorka ranch is owned by Philip Mpofu who is battling to have the Chinese move out of his property, as they are causing harm to the environment.

In an interview with CITE, EMA Matabeleland South Provincial Manager, Davy Ndlovu, confirmed officers had been sent to the ground to issue a docket with the intention to arrest the Chinese miners.

Ndlovu said the two tickets issued against the Chinese group were worth ZWL$520 000 but the miners continued to defy orders.

“The first ticket fine was for ZWL$500 000 and the second one was for ZWL$20 000 where they were doing prospecting. Now we will open a docket and have them arrested because we understand they are back again. When you tell someone to stop mining you expect them to stop but they have not, meaning they are disrespecting our procedures. They must stop their illegal activities and they don’t even have an EIA,” he said.

The environmentalist said EMA was concerned by the damage to the environment, as the Chinese miners had no mitigation plans.

“The problem we have is when you go there, some don’t even speak the local language, they look at you. Our concern is we don’t want this degradation, they should stop until and have proper documentation. In this case, we need an EIA report and they don’t have it. Without an EIA they are illegal,” Ndlovu said.

“Since we have issued them with orders and tickets, now we are opening a docket for them. We have information that they are still there so our officers are on their way going there to issue them with a docket.”

“Yes, we wrote a letter to the police to that effect. When we received the complaint we went to the ground and we established they are not supposed to be mining anywhere. They (the Chinese) claim to have applied for a special grant and they were mining within a river bed, which is banned nationally,” he said when contacted for a comment.

“So we wrote a letter to the police at the time we received the complaint last year. I’m not sure if police have acted yet but this morning Mr Mpofu said there are still people there.” 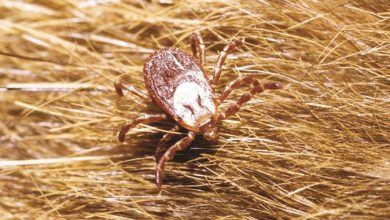