Minister of Energy and Power Development, Fortune  Chasi says he will not hesitate to terminate contracts between Zimbabwe Electricity Supply Authority (ZESA) and privates contractors selling prepaid electricity tokens as they are shortchanging consumers.

This comes after complaints by consumers who spent the past few days in long winding queues at ZESA banking halls after failing to purchase electricity tokens using online platforms.

Speaking during a virtual discussion on challenges experienced by residents in Bulawayo in purchasing electricity tokens organised by the Bualwayo Progressive Residents Association (BPRA), one resident said they always face the same challenges at the beginning of every month.

“We always face these challenges every month when we want to buy electricity using online platforms. Sometimes we lose our money and we do not receive the electricity tokens,” the resident said.

Another resident added that it is hard to observe social distancing at ZESA banking halls due to the high demand for electricity.

Contacted for a comment, Minister Chasi said there is a need for ZESA to urgently sort out the issue as the government is making efforts to generate and import more power.

“I must start by apologising to the public for what they have experienced during the past week and continue to experience regarding the purchasing of power tokens. What is happening is completely unacceptable, we make so much effort to generate and import power and at the end of the day the public is not able to utilise that power because they are not able to access it simply because a platform is inadequate,” said Min. Chasi.

“ZESA and the contractor concerned must sort out this problem immediately, every Zimbabwean who wants to buy power must be able to do so at any given time, even if all Zimbabweans decide to buy power at the same time, the platform must have such capabilities to ensure that.”

Minister Chasi added that he was prepared to cancel the prepaid electricity tokens contract if the parties involved were failing to deliver.

“This week I am meeting both ZESA, the contractor in question and IT professionals and I am prepared to terminate the agreement between ZESA and that contractor because it’s not in the public interest that people should be crowded at places when they should be able to buy power from their cell phones,” he said.

Minister Chasi also debunked a myth that electricity is cheaper at the beginning of the month.

“ZESA must tell people how buying of tokens works, people should know that even if it’s the second week of the month they can still purchase ZESA at the same price. I know that the public is complaining about the 200 units, but the government is looking at this issue,” he said. 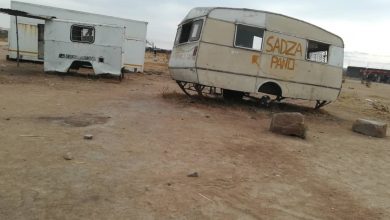