Two children from Majindane village in Nyamandlovu died instantly on Friday morning when a suspected grenade detonated at their homestead while they were washing dishes.

The massive explosion tore through the Mthethwa homestead in Ward 10 in Nyamandlovu, killing a 13-year-old Happiness Mthethwa and her five-year-old brother, Thabiso, leaving their body parts strewn all over the yard.

One of the neighbours who spoke to CITE said they were working at a community nutrition garden, with the mother of the deceased when the explosion occurred.

“We were working at our community garden with the mother of the deceased children. She then returned home and barely 30 minutes later when we heard a massive explosion. People ran to the scene and the mother, who was in the kitchen, rushed out to find her two children lying on the ground with some of their body parts all over the place,” said the neighbour.

“We then picked up the body parts and covered the deceased with blankets. The explosion was so massive that all the plates and other utensils were reduced to fragments.”

The police were called to the scene and they came and collected the remains of the two children.

While searching for clues as to what might have caused the explosion, the mother of the deceased children reportedly picked up a piece of metal which they suspected to have been a part of a grenade.

“She handed over the metal pieces to the army bomb disposal unit which came to the homestead to carry out investigations. They inquired if the children had gone into the bush and whether they had been playing with some strange objects. These children were always at home and we are not sure where this grenade came from.”

“So far there are no leads, the army bomb disposal unit came to do their investigations. The information I have is it was a sister and her sibling who were doing dishes outside when the incident occurred. We don’t have a result from that investigation,” she said briefly.

Nyathi said he did not have more information and he was out of office. 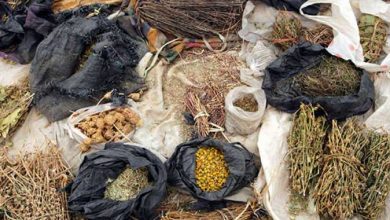