United States president-elect, Joseph Biden, set to become the country’s 46th president has said it is time to heal and unite after a hugely polarising election.

At 77, Biden is the oldest person ever elected US president.

The results came after five days of counting and uncertainty.

Biden, who will take office in January 2021 has promised to be a president for all Americans including those who did not vote for him.

“I’ve pledged to be a president who seeks not to divide, but unify. Who doesn’t see red states and blue states, who only sees the United States,” he said in his hometown speech in Delaware Saturday.

Biden said, he understood disappointment and called on Americans to unite.

“Now let’s give each other a chance,” said the veteran Democrat politician.

“It’s time to put away the harsh rhetoric. Lower the temperature, see each other again, listen to each other again. Let this grim era of demonisation in America begin to end here and now.” he said.

“This is a time to heal in America,” Biden said.

Outgoing president, Donald Trump has not conceded the election neither has he congratulated Biden, instead vowed to continue his legal fight.

In a statement after the Associated Press and television networks indicated Biden had won, Trump said, “Beginning Monday, our campaign will start prosecuting our case in court to ensure election laws are fully upheld and the rightful winner is seated.”

However, reports said Trump’s efforts in court have made little progress, with judges in several states dismissing his legal claims for lack of evidence.

Trump becomes one of the few presidents to lose re-election.

The last incumbent president to lose his re-election bid was Republican George H. W. Bush in 1992.

AP’s electoral college vote count includes Biden winning Arizona, which other major news networks had yet to declare as they await results from about 450 000 outstanding ballots.

The declaration of a winner comes after five tense days of ballot counting that saw an early Trump lead give way to Biden in a number of key swing states once mail-in ballots began to be tallied.

What is the Electoral College?

The US elects presidents State by State and unlike other countries do not have a national popular vote for the presidency.

An expert on the US federal system of government, the presidency, politics and elections, Dr Mark Rozell, said the federalism nature of the country was an important facet of America’s electoral system.

Giving a briefing on the mechanics of the Electoral College, Dr Lonna Atkeson, a professor and regents’ lecturer in Political Science at the University of New Mexico, said in the US Constitution and in federal law, people voted for presidential electors as they had no federal constitutional right to vote for president or vice president.

“The Electoral College representation is equal to congressional representation. So therefore, each state is guaranteed at least three electoral votes, two for their Senate and one for the House. So, we can think of this institution as both proportional and federal,” she said to global journalists.

“Thus, many voters are unaware that they are not actually voting directly for a presidential candidate because it’s not clear on the ballot there if they’re voting for electors. And for most current ballots, voters choose one Slate as a unit. So, they’re choosing either the Democratic Slate or the Republican party Slate.”

“And then the electors count the results and then they sign six certificates of vote, each of which contains two lists, one including votes for the president and the other for the vice president, each of which includes the names of persons receiving the votes and the number of votes cast for them.

“So that’s going to be Vice President Pence and that’s through the 12th amendment. And that’s done on January 6th in a joint session of Congress and the candidate who has 270 or more votes is then announced the winner. And that’s a majority of the Electoral College votes,” she said. 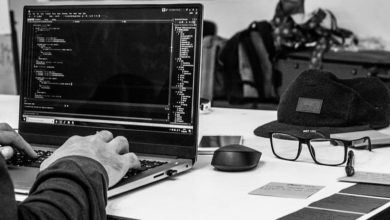 Take the game back to the people, Kasukuwere advises Chamisa