More than half of Bulawayo’s garbage trucks are out of commission, resulting in some suburbs going for weeks with uncollected refuse.

Only about seven of the municipal fleet of 25 compactors are said to be operating.

The Bulawayo City Council (BCC) has had to rely on private individuals or companies to provide trucks, which are often used to move livestock and are not ideal for rubbish collection because they do not have compactors.

Ward 8 residents expressed worry at a meeting held Monday in Mzilikazi about the piles of garbage that were forcing individuals to dump waste in unauthorised locations.

Residents also remarked that because these outsourced trucks lack compactors, they do not transport some of the waste or debris they would have thrown out.

They also called the BCC tendering and contracting process into doubt, claiming that some of the private trucks were owned by council employees.

As BCC Cleansing Supervisor in charge of Wards 7, 8, 10, 11, 15, and 16, Gladys Moyo, explained the situation with the non-operational vehicles in response to residents’ questions, she stated that the health department was unaware of the tendering process because they just implement a service.

“As the health department, we don’t have cars but use material from the engineering department, we are fed by engineering. I am not aware of the tender process and I don’t know where the trucks are hired from, maybe our superiors will be in a better position to know,” she said.

According to Moyo, BCC was meant to have 25 compactor trucks, but the municipality only had “seven vehicles and occasionally four” available fleet to collect rubbish.

“This is why these compactors arrive late because they would be coming from other suburbs where there are no truckers,” she said, noting that the available compactors serviced the city centre and eastern areas.

“I am in the audit committee and know we have trucks that need to be repaired. One will have a dead alternator, another a battery or a small thing but procurement takes ages to have these trucks fixed,” he said.

Ndlovu stated the councillors will have an audit committee meeting on Wednesday and must thus finalise such matters in order to acquire parts needed for compactors as soon as possible.

“Procurement must not wait for a long time. Some trucks are not really that bad, it’s just buying those small items and the trucks will be up,” he said.

The councillor claimed there was a resident from Ward 8 who was willing to donate compactors to BCC, so he would pursue this and push the matter to council.

“We will rather have those compactors, if we can get two for the ward it can help a lot. Mr Mpala, who stays next to shops eMaChipsini said he bought compactors that he wants to give to the council. The health department must take this matter to the top so that we use those compactors to carry waste straight to the rubbish site once rather than having a stop over at Nguboyenja,” Ndlovu said.

The councillor noted that while such matters must be put out to tender, he and the other councillors will bring them up in council sessions because the delays in garbage collection were unacceptable.

“In as much as there are procurement and supply chain management delays that negatively affect some of these processes, there is no excuse to justify this kind of service,” he said. 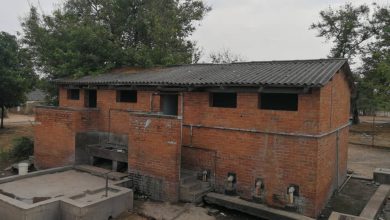