The Bulawayo City Council(BCC) in conjunction with the Coca Cola Foundation and the DanChurchAid in Zimbabwe have embarked on a US$50 000 project to drill six boreholes in selected high-density areas that will service 25 000 residents.

The six sites are Emakhandeni A, Emakhandeni B, Pumula South,  Magwegwe North, Old Pumula and Pumula South – New Venture while the water and sanitation project will be also be equipped with solar powered water kiosks.

This project comes in to implement Bulawayo’s much-needed water and sanitation project to provide clean and safe water to the urban poor, after Coca-Cola Foundation, the philanthropic arm of The Coca-Cola Company, awarded the funds to DanChurchAid Zimbabwe to implement.

Speaking at the ground breaking ceremony at Emakhandeni Car park near Maunga Shops Thursday, DanChurchAid Country Director, Mads Schack Lindegard, extended his appreciation to the Coca-Cola Foundation for the funding, saying it would help alleviate water shortages in the city.

“Zimbabwe has gone through major challenges in terms of climate change, which has seriously affected the availability of water. Less rains means less water, and paradoxically now we are looking at green fields due to rains we just experienced. But this is becoming more and more an exception to the rule of global climate change,” he said.

According to the United Nations, certain regions such as Southern Zimbabwe were badly affected by climate change, so Lindegard highlighted it was crucial to create solutions that supplied water to communities.

“As DCA it is our opinion that everybody needs to have water and we connect people to each other. We connected the Coca Cola Foundation, a private company, with the city of Bulawayo, a government entity that provided the land and engineering including ourselves as a NGO to provide expertise in order to deliver water services to the poorest of the communities,” said Lindegard.

CocaCola Zimbabwe Country Manager, Milidzani Ncube, said the company and its partners were proud to respond to Bulawayo’s water crisis and would collaborate closely to have projects completed in record time.

“Coca-Cola and its bottling partners Schweppes and Delta are happy to preside over this ground breaking event as we believe the project will help to improve the living conditions of the Bulawayo community on the one hand and carry on the well documented traditional friendship between the Coca-Cola System and Bulawayo people on the other,” he said.

“There is a saying in that, ‘when drinking water, never forget the one who dug the well’. Our connection with the Zimbabwean people has always been good and is here to stay. We recognise water needs and will make sure to deliver safe drinking water and sanitation to reduce water borne diseases. As the Coca Cola Foundation, we believe in hydrating all.”

The deputy mayor, Mlandu Ncube, who was standing in for the Mayor Solomon Mguni expressed gratitude for the partnership that sought to enhance uninterrupted access to potable water by households through drilling and mechanisation of the boreholes.

“The ground breaking ceremony comes at a time when as a city we have recently undergone a prolonged water shedding but are slowly stabilising the system. Bulawayo is progressively working towards reducing water shedding and we hope that by mid-march 2021, we will be able to provide water to residents on a daily basis,” he said.

“We have been able to replace equipment such as the flow serve pumps and conduct various repairs and upgrades to our water works. the government through ZINWA and other partners also worked on the Epping Forest project which when combined with output from the Rochester scheme in Nyamandlovu is bringing great relief to our water system.”

“We have water point committees set up at each water point established by council whether it’s a borehole or water kiosk. These water point committees are community members who run the water points and are responsible for coordinating activities, liaising with ward councillors, providing security and conducting participatory health and hygiene education on water conservation, social distancing, sanitation and hygiene. These community structures are key in promoting development as residents take ownership of the infrastructure, guarding against vandalism,” he said. 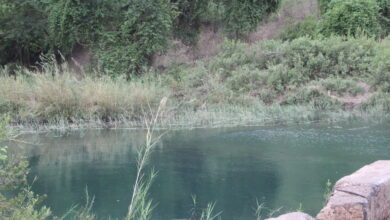