Bulawayo deputy mayor Mlandu Ncube says the whole city is smelling of human waste due to failure by the local authority to attend to sewer pipe bursts.

The city’s sewer reticulation system is in a bad state with raw effluent polluting the environment and exposing residents to water borne diseases.

Speaking during a full council meeting, Wednesday, Cllr Ncube said the local authority has failed to attend to the problem despite numerous calls from residents.

“The chairperson of the engineering committee should just admit before this council that their committee has lost two major battles. One is the failure to maintain roads. All the roads around Bulawayo are in a mess. We have no roads to speak about. There has been no maintenance of roads, with all these rains, we now have mini Mzingwanes and Ncemas in the roads,” Cllr Ncube said.

The mayor, Cllr Solomon Mguni, concurred with Cllr Ncube and urged the finance and engineering committees to strategise on how best to mobilise funds to attend to the problems.

“The finance and engineering committee, however, need to work together to ensure that these roads are fixed. There is need to strategise how we are going to get funding to get ourselves out of this mess.”

Chairperson of the engineering committee, Alderman Siboniso Khumalo, attributed to problem to the economic challenges faced by the country.

“As council let’s not duck our heads in the sand. We are all aware of the economic situation, people are struggling to get money. We will talk to the director and the town Clerk about how best to deal with this situation,” he said.

“We shall also talk to the finance department to ensure that funds that come through water bills should not be channelled towards salaries but towards water reticulation services so that residents can have sufficient supply.”

Zim to engage Vatican over row with Catholic bishops 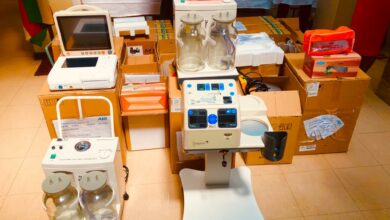 Mpilo gets life saving maternity equipment, as 30% of babies born at the hospital suffer poor outcomes