Mpilo Central Hospital in Bulawayo has installed an uninterrupted power supply system worth US$100 000 to power the radiotherapy unit at the hospital.

The latest development is expected to reduce the loss of life as some cancer patients were forced to skip their treatment due to continuous power cuts experienced at the hospital.

The country has been experiencing massive load shedding that lasts up to 18 hours a day, which the Zimbabwe Electricity Supply Authority (ZESA) attributed to the critically low water levels at the main hydro plant station in Lake Kariba and ageing equipment at Hwange Power Station.

“This equipment is vital because when we put cancer patients on treatment we want them to complete a cycle of let’s say three weeks or six weeks, if you have an interrupted supply it means patients will have only one treatment and they don’t complete treatment so it means cancer comes back very fast and it kills people, so this is going to prevent deaths, it is a vital machine lifesaving development,” said Dr Ngwenya.

Dr Ngwenya added that Bulawayo residents and those from the Southern region of the country are at an advantage as they will not have to travel long distances to get treatment in Harare.

“The people of Bulawayo and the surrounding areas in the Southern region will benefit immensely because when the radiotherapy machine is down its either they had to face death or they had to travel to Harare which is quite far and some of them have no relatives there and it is very costly,” he said.

“This is going to provide a local service because they are only two machines and two centres with one here and the one in Parirenyatwa the whole country, so this is a big development for the people here they are going to benefit and complete their cancer treatment without having to rely on power cuts,” said Dr Ngwenya.

He added that this battery room will save the hospital millions of dollars as they will be no need to fly in engineers to fix the equipment regularly as they used to do before.

“The room has been completed and special batteries have been installed that were worth US$100 000 and before this vital equipment our radiotherapy machines which cost millions of US dollars each time there was power outage the machines would breakdown and because it is specialised sensitive equipment we would fly engineers from South Africa costing us US$10 000 to fix,” he said.

“This will allow us that even if the power goes away, they will be continuous power supply to our equipment so that we will not call the engineers all the time to come and fix our machines as the batteries will be charged when there is power.”

The Director also reiterated that the hospital has improved drastically in terms of staff attitude, equipment and the general hospital environment.

“We recently received vital equipment from the Presidential Schemes for baby incubators, monitors and generally the staff attitude has also improved in the hospital, people are a bit friendlier, the hospital is clean we attended to the floors we put new flooring and we have changed the floors in the hospital,” said Dr Ngwenya.

He added that: “We have a reduced number of deaths people used to die a lot every day 20 people used to die a day but now we have reduced the death rate to five to six people a day it’s a dramatic change, we used to have a lot of funeral parlours scouting for dead people but we have wiped them out by reducing the number of people who die.” 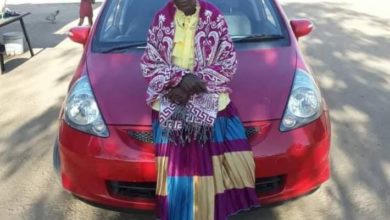 Herd boy on the run after stealing employer’s car