Police in Bulawayo on Wednesday arrested a suspect believed to be part of a syndicate which has been breaking into parked motor vehicles in the city centre.

The police pounced on a four-member gang who were in a Honda Fit vehicle while they attempted to break into a parked vehicle along 13th avenue in the CBD.

However, the suspects drove off when they noticed the presence of the police and a high-speed chase ensued.

“We were on traffic enforcement duties patrolling the Central Business District (CBD) whilst at 13th  avenue they noticed a Honda fit that had four occupants which were breaking into a car which was parked nearby, they drove closer in a bid to arrest the accused persons but however they were noticed by the accused persons who jumped into their vehicle reversed and sped off along 13th avenue into Jason Moyo,” said Insp Ncube

“They drove further and ignored a stop sign at the intersection which led to them ramming into two other vehicles that had the right of way, upon being involved in the accident the driver and the occupants took to their heels leaving the vehicle on the road.”

The police officers managed to apprehend one of the suspects, who has been identified as Sifiso Mapfumo (42).

Inspector Ncube said Mapfumo was found with a spark plug which the suspects were using to smash the car windows and a pair of scissors. 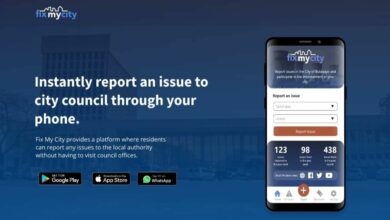