Bulawayo mayor councillor Solomon Mguni has defended a decision by the local authority to hold an induction workshop for the newly elected councillors in the resort town of Victoria Falls amid concerns of misplaced priorities by residents.

Cllr Mguni was responding to concerns raised by residents that council was spending a lot of money on the Victoria Falls jaunt instead of channelling the scarce resources to service delivery.

“The Ministry of Local Governance, Public Works and National Housing expects us to hold an induction workshop at a conducive environment where councillors would not be disturbed by any circumstance,” said Cllr Mguni.

“We chose Victoria Falls because it is in the region and far away from home. No councillor disturbed with office duty or family business when in Victoria Falls. This will improve the quality of the outcomes of the workshop”.

He said since the 1970s, Council has been conducting such workshops out of the city because it improves the efficiency of Councillors.

“It is not a matter of money but the outcome of the workshop. If we had gone to Gweru, would people be complaining,” he said.

The local authority is footing all the expenses.

Bulawayo Progressive Residents Association (BUPRA) acting coordinator Mr Emmanuel Ndlovu concurred saying it does not matter where the workshop is conducted as long as the Councillors will provide proper service delivery.

“There is nothing out of line. What is important are their discussions that will lead to proper service delivery,” said Ndlovu.

“We are in difficult times where the municipality does not have enough money. We do not have money to buy water chemicals. Why didn’t councillors have their workshop in some lodge here in Bulawayo to save money?” said Dube.

He said the workshop is a mini vacation for pleasure and leisure.

Residents have been fuming of social media blasting councillors for conducting the workshop in Victoria falls and not within the city, considering the local authority`s financial state. 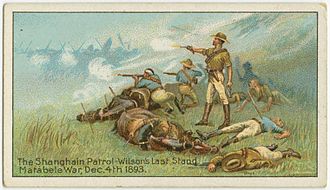