The City of Bulawayo has taken delivery of two ventilators which were donated by the Harare City Council, in a move that enhances the city`s preparedness to handle critical COVID-19 cases.

The latest donation adds to the two ventilators which the local authority received from the Ministry of Health and Child Care.

A ventilator also known as a respirator or breathing machine, is a medical device that provides a patient with oxygen when they are unable to breathe on their own.

The donation was handed over to city officials on Tuesday by Harare City’s Principal Communications Officer, Innocent Ruwende, who was accompanied by Harare mayor’s aide, Sani Mpofana and Clerk to Mayor, Selina Chiruzi.

City of Bulawayo director of Health Services, Dr Edwin Sibanda welcomed the donation and said it would be useful should the need arise.

“When one becomes sick in Bulawayo and there are no ventilators, you would see the folly of not having ventilators across the country, which is why I love the gesture from Harare City. These two bring the number of ventilators at Thorngrove Hospital, right now to four. Two came from the Ministry of Health and Child, through the National Pharmaceutical Company (NatPharm),” he said.

Dr Sibanda noted that in order to learn how these ventilators operated, he had liaised with United Bulawayo Hospital Acting Chief Executive Officer, Dr Narcisius Dzvanga to second an anaesthetic and instrument technician.

“These will actually take us through the two new ventilators we have just received and the two others that are already at Thorngrove so that the team knows how they work when a need arises.

“I’m yet to open and go through the manuals of these portable ventilators but I know the purpose of these ventilators is to transfer oxygen, forcefully into the lungs of patient who ordinarily will be unable to breathe in oxygen themselves. The ventilator takes out contaminated air from the patient into the environment through the appropriate way,” he said.

Harare mayor, Herbert Gomba, in a letter to council, said the donation was meant to strengthen the city`s fight against the pandemic.

“We have resolved to complement your city’s efforts to fight the pandemic. This donation comes as a realisation that we must be together as Zimbabweans if we are to effectively deal with the pandemic. We hereby handover the donation in spirit of ubuntu, which rightly speaks to the essence of humanity and our interconnectedness especially during our troubling times,” read the letter.

“When the mayor phoned me sometime last week, I didn’t realise the donation would come this soon. Harare is not that out of the woods but we appreciate their thoughts about us in trying to fight the pandemic. We must cooperate and share resources so that our people are safe. The people of Bulawayo are grateful for such generosity and the kind gesture,” he said. 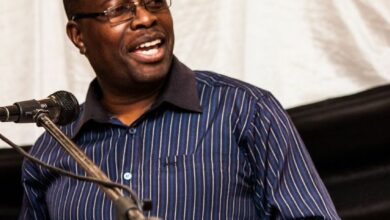 ED on economy: All hands on deck

‘I have been arrested for praying for my country’: Clerics, activists arrested at a prayer meeting