The March 26 by-elections exposed that Zanu PF members are trapped inside an uncomfortable home but continue feigning loyalty, as they are afraid of leaving the party, political analyst, Professor Jonathan Moyo, has said.

In the same vein, Prof Moyo added that the same by-election forced the birth of Citizens Coalition for Change (CCC), noting it was arguable if the party would have been created had it not been for pressure coming from its political rival, the MDC-T or MDC Alliance.

This post-analysis of the March 26-by election, which Prof Moyo said became more about the contesting parties and their leaders than the needs of Zimbabweans is critical as it shaped the country’s political landscape ahead of the 2023 general elections.

Addressing a public lecture on ‘After the by-elections, whither Zanu PF, CCC and MDC T/ MDC A ahead of the 2023 general elections,’ in a Twitter space titled Uncensored hosted by Mzala Tom Thursday, Prof Moyo said the by-elections missed the ‘important’ context in which they were occurring.

“The by-elections that took place were not only an electoral contest between the three parties and these other smaller parties but more importantly, the by-elections were also a referendum on Douglas Mwonzora, Nelson Chamisa and Emmerson Mnangagwa in their respective parties, notwithstanding of course that in the campaign it appeared the size of crowds at their rallies were important than the voters,” he said.

“One, the by-elections needed a theory of the case, meaning there needs to be an understanding or self-interpretation of society. Self-interpretation, in this case, was informed by the by-elections campaign because the campaign, in the final analysis, was more about the party leaders and their parties than the needs of the people. So, we need to have a theory of the case, an understanding of Zimbabwean interests, in terms of what the critical questions of the day are and how those relate to the by-election campaigns,” he said.

Secondly, Prof Moyo noted that going into 2023, the important context that was missed at the by-elections would ‘certainly’ come out.

“This has to do with the reason with how and why by-elections occurred in the first place but during the campaign, this did not come out,” he noted.

As previously stated before, the political analyst buttressed that the by-elections confirmed the death of the MDC, as a political movement.

“Whilst this came out in various media platforms, it did not come out in the campaign as a political issue. Certainly, in my view, it is going to be a talking point towards the 2023 elections,” he said.

Prof Moyo lamented that CCC still subscribed to behaviours associated with the MDC..

“Its growth is not assured not least because it’s still early days and the early days so far from what we see, hear, from what people are talking about or analysing, smirks of a birth of something we have seen before. Something familiar, elsewhere I’ve described CCC as a recycled MDC,” he remarked.

The former cabinet minister underlined how the by-elections exposed Zanu PF’s conundrum where party members were trapped inside.

Prof Moyo highlighted the by-elections also put a spotlight on entitlement, as the bane of Zimbabwean politics.

“If there’s one thing that defines politics in Zimbabwe’s organised politics, across the political divide it is this animal called entitlement. When you want to unpack politics in a community, country, sometimes it helps to look for the one thing,” he said.

“The full story from the beginning of where you are, from 1980 to the current 2022 is entitlement and this is where all hell breaks loose across the political divide. How Zimbabweans deal with entitlement will determine the extent to which they may at long last make the breakthrough to the arrested transition.”

The political analyst said a way out of this quagmire, given Zimbabwe’s history and where the country is now, was the need for the development and promotion of a national spirit.

“This must be based on shared constitutional values that we can all relate to and associate with so we can break the barriers and build the bridges beyond electoral policies,” Prof Moyo said.

Missing Bulawayo man`s body found at a dam in Solusi 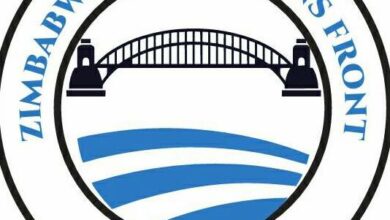 Come on board, bring your resources: Newly formed ZRF drums up support