Bulawayo City Council (BCC) has approved a proposal to hold a “parallel” monthly clean up exercise to complement the government initiative which is spearheaded by President Emmerson Mnangagwa amid concerns by residents that the city was too dirty.

Government has set aside every first Friday of the month as a national clean-up day as a way of promoting clean cities for tourism and economic growth.

According to a council report by the Health, Housing and Education committee, councillors said residents have been raising concern on the amount of refuse strewn around the city which pose a health hazard.

A proposal was put across for councillors and management to “lead by example” and set aside a specific day for clean-ups.

“Councillor T. Maposa highlighted that residents were concerned about the amount of refuse in the City.

Cowdray Park (Ward 28) councillor Kidwell Mujuru said residents in his ward were responsive to the monthly national clean ups as the number in attendance reached 150 people.

Councillors then resolved to recommend, “That the proposal for a clean-up campaign by Councillors and Staff (Management) be acceded to and a special day be set”.

Town Clerk, Christopher Dube supported the proposal saying ” a clean up campaign was necessary because the City was too dirty.”

Dube said that during the monthly national clean-ups the residents are conscientised and encouraged to clean up their surroundings.

“Continuous education of residents on cleanliness was required”.

However, the report accused residents for shunning previous clean up exercises.

It said during a recent monthly clean up exercise in Mzilikazi, residents shunned the programme and “watched whilst management, staff and other stakeholders took part. The residents did not take part.

“Councillors were encouraged to educate residents on the importance of the clean-up,” said the report.

The chairperson of the Health, Housing and Education committee, councillor Lillian Mlilo said while there had been no complaints by residents that some refuse were not being collected she revealed that some refuse truck staff refused to collect certain refuse indicating that it was not suitable for compactors.

This resulted in some residents depositing the refuse in open spaces and bushy areas.

“Dead cats and dogs were also being deposited willy billy. There was no control on such disposals,” reads the report.

Mlilo suggested opening up sites for special refuse deposit in all wards for Council to collect.

This would reduce unauthorised dumping, she said.

“Special refuse eg bottles, hedges and scrap materials endangered workers, this special collection had to be arranged at a fee. Removal of dead animals was available at a charge (cost recovery).

“The dead animals were buried at a site next to SPCA. Stray animals killed on the road were collected by Council for burial. Residents were allowed to transport refuse but were charged for disposal at Municipal Dump Site”.

Councillor Sikhululekile Moyo cautioned that “as long as there was a charge to ferry special refuse and disposal charges residents would continue disposing waste on unauthorized sites”.

Bulawayo is renowned for its cleanliness but in recent year uncontrolled littering has become a thorn in the flesh for city fathers.

Some residents are now in the habit of throwing litter through car windows and dumping garbage in undesignated areas. 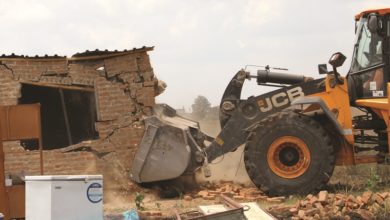