The City of Bulawayo has been plunged in mourning after the death of former town clerk, Dr Michael Mkanyiso Ndubiwa (87) who passed away Tuesday.

He died at Mater Dei Hospital where he had gone for his routine dialysis session.

Dr Ndubiwa was the first Black African before independence to be appointed Deputy Town Clerk of the City of Bulawayo on August 16, 1979.

He was also the first African to qualify for a Diploma in the Institute of Town Clerks of Southern Africa, a qualification he obtained the same year.

“His Worship Solomon Mguni, the Mayor, Aldermen and Councillors, Town Clerk, Christopher Dube, Heads of Council Departments, staff and residents of the City of Bulawayo have learnt with sadness of the passing on of the former Town Clerk,” said the Bulawayo mayor in a statement.

Before joining the City of Bulawayo, Dr Ndubiwa worked as an Untrained Assistant Teacher under the African Education Department from January 1958 to December 1958.

He was also a Bank Clerk for the Barclays Bank from 1959 to 1961 and as a Cadet Revenue Clerk for the Rhodesian Government Civil Service from 1961 to 1962.

“Dr Ndubiwa first joined the City of Bulawayo as an Administrative Assistant – Finance, Rent Collection and Staff Relations in the City’s Housing and Amenities Department on January 25, 1963 to  June 19, 1964 before leaving Council for further study,” said Mguni.

“He was appointed to the position of Town Clerk Designate on November 4, 1982 and Town Clerk on the September 1, 1984 following the retirement of the then Town Clerk, Mr I G Edmeades,” he said.

During his role as the Town Clerk, Dr Ndubiwa was responsible for the administration of the City of Bulawayo, the mayor noted.

“Dr Ndubiwa sought to revamp the then ‘administrative structures and processes to achieve an integrated administrative machine in line with the changing social structures.’ Following his appointment as Town Clerk designate, Dr Ndubiwa said that the critical issue was that the ‘efficiency of Council should not drop,’ and ‘anything I can do in my new role is to sustain this and make whatever improvements which are possible, my top priority in my work.’”

Dr Ndubiwa was key in enhancing a culture of efficiency, productiveness, excellence and transparency within Bulawayo, making sure the city continued to provide quality services.

“During his term of office in the City of Bulawayo he sat on several boards and professional bodies which included: Associate members of the Zimbabwe Institute of Management in 1980, Censorship Appeal Board under the Ministry of Home Affairs from 1980 to 1982, Trustee for the Mass Media Trust in 1981, Member of the Institute of Housing, Southern Africa,” said the mayor.

“He also sat at the Bulawayo Round Table No.3 from 1986 to 1990, Technical College Advisory Council from 1987 to 1990, Alternate member for the Industrial Council for the Municipal Undertaking in 1988/1989, Delimitation Committee in 1990, was part of the Foundation Committee of the National University of Science and Technology in 1990 and many others.”

The  mayor expressed deepest sympathies to his wife, children, grandchildren and the entire Ndubiwa family including Bulawayo at large. 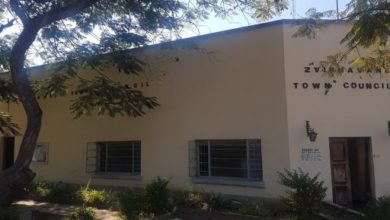