Bulawayo residents have raised concern at the failure by the Bulawayo City Council (BCC) to take delivery of a new fleet of ambulances eight years after they were purchased.

In 2010, the local authority awarded a Harare based company, Tracker Engineering Private (Ltd), a tender to install a vehicle tracking system and another to Access Medical Corporation to supply four ambulances.

Speaking at a financial performance review meeting, Wednesday, residents said the local authority had failed to explain how the supplier failed to deliver after having been paid.

“The city cannot continue buying assets that are not being delivered, it is the city council’s mandate to communicate to the residents on whether the ambulances were purchased or not,” said one resident.

In response, council acting chamber secretary Spekiwa Mugiya said that the council was defrauded by the two bogus companies, after paying an initial deposit.

“It is an open secret that council bought four ambulances in 2010 however, that deal did not sail through because the company that the council had brought the ambulances from went under for various reasons,” said Mugiya.

“We attempted to pursue that particular company which is based in Harare but the company vanished”.

However, the residents dug in insisting that the local authority should ensure that the ambulances are delivered.

“Council is failing to respond to the issue of shortage of ambulances as they are only narrating how they became the victims to a fraudulent company,” argued another resident.

“Why is the issue still before the courts if the council was conned, how long does it take to solve the matter because nine years is too long”.

The Town Clerk Christopher Dube told the gathering that the local authority as still trying to recover the money. 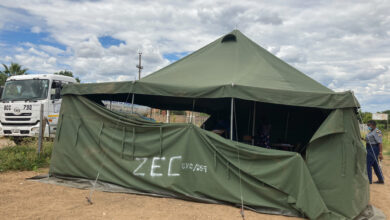