A self-styled Ntabazinduna prophet has been charged with indecent assault after allegedly fondling an 18-year-old woman who has sought the services of the prophet to heal her of an undisclosed mental illness.

Magistrate Ulekile Mlea-Ndlovu charged Khawulani Ndlovu (44) with indecent assault as defined in section 67 (1) (a) of the Criminal Law Codification and Reform Act Chapter 9:23 when he appeared in court on Wednesday.

The court heard that on May 4 at around 1700hrs, Charlene Ndaba (18) was instructed by her mother Nodumiso Ndaba to proceed to Ndlovu’s residence who is a prophet to be healed of her mental illness.

The state alleges that when Ndaba arrived, Ndlovu was in his bedroom which is the only building at his residence. Ndlovu then invited Ndaba into his bedroom and then instructed her to pull up her t-shirt and she complied.

The court heard that Ndlovu applied pink cream on Ndaba’s stomach which he massaged thereafter told her to lie on her back.

“Ndlovu positioned himself in between Ndaba’s legs and began fondling her all over the body.  Afterwards he told Ndaba to stand up and turn around while he continued fondling her,” the state prosecutor Nathan Marime said.

Marime said Ndaba realised she was being abused and allegedly to Ndlovu she wanted to go home but the prophet refused insisting he was not done with his ritual.

The state alleges that Ndaba reported the matter to the police after narrating the incident to her aunt, Sibongile Ndaba, leading to Ndlovu`s arrest. 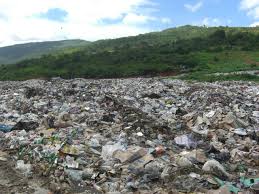