Residents in Bulawayo’s Luveve suburb have implored the Bulawayo City Council (BCC) to offer free medical assistance to individuals affected by the recent outbreak of diarrhea.

This follows the death of the fourth victim in the past four days as a result of the diarrhea outbreak.

Luveve residents have for the past month been battling diarrhea allegedly emanating from ‘dirty water’ running from their taps.

When CITE news crew visited a funeral wake of ateenager, who died in connection with the disease outbreak, also learnt that the mother was critically ill.

In an interview, the deceased’s grandmother, who identified herself as MaMoyo, disclosed that the father of the child had rushed the mother to a 24-hour surgery nearby.

“We really don’t know what has bedeviled this area. In almost every household you will not find only one victim but several. As we speak the deceased’s father has taken her wife, who is in a critical condition to a 24-hour surgery nearby.  The deceased’s sibling is also not feeling well; he only showed signs of recovery this afternoon when he came and sat outside for a while,” said MaMoyo.

Bulawayo Progressive Residents Association (BPRA) chairperson for Ward 15, Ndaba Ngoma, bemoaned the prevalence of diarrhea in the area, adding it had claimed a total of four children in a space of four days.

Ngoma said the local authority was not doing enough to address the situation.

He said after approaching the local authority with their concerns, the mayor issued a statement accusing residents of failure to observe hygiene.

Ngoma said in a bid to acknowledge the seriousness of the situation, the city council should at least arrange that all residents suffering from the diarrhea be given free medical assistance from clinics.

Ngoma further expressed disappointment over the local authority, adding BCC was jeopardising its longstanding reputation of being the best at service delivery in as far as provision of clean water is concerned. 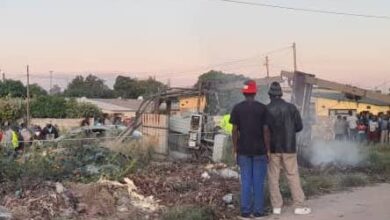