The Beitbridge Municipality has warned investors whose commercial stands have remained undeveloped for the past seven years that they risk having them repossessed.

This comes at a time when the Town Clerk, Loud Ramakgapola recently told CITE that failure by some developers to complete projects on time has affected service delivery.

Ramakgapola had revealed that they had unfinished projects which dates as far back as 2016 with contractors blaming economic challenges.

In a public notice dated August 20, Ramakgapola said they are concerned about the slow development in the Central Business District.

“We have noted with concern that there has been a slow or no commercial development at all within the Central Business District (CBD),” he said.

“Commercial stands offered in the Central Business District more than seven years ago are still undeveloped or incomplete, save for a few under construction.”

The Town Clerk urge all investors given commercial stands to start developing them as failure to do so will now attract non-development fee penalties.

“We urge all investors who were given commercial stands in the CBD to start developing. Failure to develop will now attract non-development fee penalty or force council to reallocate the stands to more serious developers,” he said.

Investors have been called to submit their plans of action by 30 September 2020.

The border town was awarded municipal status in 2018 due to its phenomenal growth and strategic economic location. 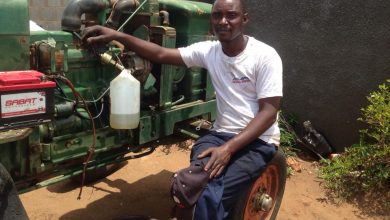