The Bulawayo City Council (BCC) has purchased ten service delivery vehicles to bolster its fleet amid reports that the local authority was currently operating with only six vehicles.

The new vehicles, according to the city’s finance director Kimpton Ndimande will be used in the Credit Control section.

Explaining the state of the council vehicle fleet, the Director of Housing and Community Services, Dictor Khumalo said the local authority was faced with a crisis.

“Departments needed vehicles to support service delivery. Because of the state of the roads, it was a challenge to cover the whole city with the old vehicles,” said Khumalo.

“Operations were sinking because of non-availability of vehicles.”

The Director of Engineering Services, Engineer Simela Dube explained that cars should be replaced if they had outlived their life span.

He said the state of roads in areas like Cowdray Park had made it difficult for the area to be accessed.

“Council was again faced with fuel challenges which were purchased in foreign currency,” read the report.

Councillor Felix Mhaka was of the opinion that when the new fleet of vehicles arrived, the old ones should be auctioned.

Meanwhile, while lauding the council management for purchasing new vehicles, the Deputy Mayor, Councillor Mlandu Ncube said that other departments should also be prioritised when allocating vehicles in order to offer effective service delivery. 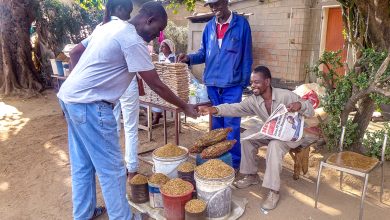