The Bulawayo City Council has commenced a fumigation exercise in a bid to control mosquito population in various areas around the city, health services director, Dr Edwin Sibanda has said.

Dr Edwin Sibanda revealed that investigations had been done in various residential areas and moderate breeding had been spotted.

According to the latest council minutes effective mosquito control requires uninterrupted larviciding and adulticiding in order to achieve the best results and routine inspections during the course of the month.

Last year the city was hit by an increase in mosquitoes, a situation the local authority blamed on lack of funds to procure chemicals, excessive heat and sewer bursts due to water shortages.

“Spotters managed to investigate Nguboyenja, Nketa Park, Davies, Mahomva and Bulawayo Spruit where moderate breeding was encountered. No complaints were received due to the cold spell which had curtailed breeding. No resident paid for indoor residual spraying. Effective mosquito required uninterrupted larviciding and adulticiding in order to achieve this the section required adequate chemicals.”

The previous mosquito season was affected by unavailability of chemicals, resulting in an increased population of the insects.

“The last mosquito season was marked by unavailability of chemicals, which resulted in the mosquito population increasing to unprecedented levels. Chemicals for the above activities need to be prioritised,” read the minutes.

Mnangagwa hits out at critics, labels them ‘terrorists’ 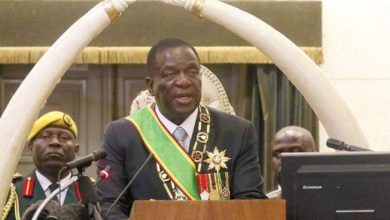