The Bulawayo City Council (BCC) says it has engaged the Joint Operation Command (JOC) to deal with some activists who are illegally taking over vending bays in the city centre with council officials admitting that they were struggling to contain the situation.

JOC is a State body composed of senior officials from the security sector.

The local authority has been losing the battle against the space barons who are illegally parcelling out vending bays to informal traders and pocketing the money.

In order to restore sanity in the city centre, the council escalated the matter to JOC.

Giving an update on the issue at a 2022 budget performance review with informal traders, BCC Chamber Secretary, Sikhangele Zhou said they are seized with the matter and engagements are currently ongoing.

“We had a meeting a few weeks ago with other representatives of vendors discussing the situation of protection, especially in the CBD, the worst being the situation in 5th avenue, and it is now extending from Fort Street, George Silundika and Robert Mugabe going to 6th Avenue,” said Zhou.

“We tried to remove the people who had occupied those bays but our people were badly beaten so we have tried  to engage other levels of law enforcers and engaged the Zimbabwe Republic Police (ZRP),  the other day we had the secretary for provincial affairs who was sent by the Minister of Provincial Affairs in the City because we think the situation might be beyond us as Council.”

She said the local authority has received various strategies on how to handle the sensitive matter and they were currently looking into them. different views which they are looking into for considerations.

“Our efforts to engage other sectors who maintain law and order will go ahead including plans to accommodate other people who want bays legally, we are still working on those issues because some of them have procedures,” said Zhou.

She said the other view that they received was to demarcate other vending bays and allocate them to vendors who were previously operating from the 5th avenue market.

“ People need protection, it’s not every day that we report that we are failing to handle a situation but we went because we saw that the situation is difficult, we hope we will put order once we engage other security forces and others involved in keeping stability in the country so that we put a stop to it,” said Zhou.

“We also agree that it is now out of hand.”

“There are two people involved in corruption so we are begging you to give us evidence so that we can bring a stop to it.” 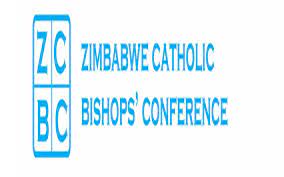