The baobab fruit is regarded by many as just a natural traditional fruit but to Sengezane Hungoyedza women club in Gwanda the fruit is equivalent to gold as it has changed their economic fortunes.

To these rural women, the baobab tree brings health and income for their families as they have managed to produce baobab jam which they sell locally and in major cities.

In an interview with club members at their homesteads at Sengezane village in ward 14, under Chief Nhlamba, the Hungoyedza club chairlady, Lostiina Dube spoke highly of the benefits derived from the baobab tree and its fruits.

Besides processing jam from the baobab fruits, virtually all parts of the tree are useful. From the bark some make mats and blankets while the leaves and roots can produce medicines and porridge respectively.

“We started this club in 2015 when it was a rotational money club among members. As we grew, we realized that doing an income generating project was a brilliant idea.

“So we started a low cost baobab jam making project which requires less capital because the main product is picked from the bush at no cost at all.

“The only expense we have is that of buying sugar and citric that are added to the fruit powder and water,” said Dube.

Asked about the production and market, Dube said they are currently producing at a low scale to supply the local market.

“Initially we started with 27 bottles of 375mls which were all sold to local villagers. One bottle costs RTGS$3. When people started appreciating our product, we then increased the production levels in order to supply neighbouring communities.

“We have taken our product to bigger shows such as the Zimbabwe International Trade Fair and Gwanda Agricultural Show where we pushed volumes,” said the chairlady adding that she managed to buy her own heifer from the proceeds without any assistance the husband.

Meanwhile, the same ward also has Asambeni club that produces plain buns for sale. According to the Asambeni club chairperson, Mrs. Moyo said their club was formed in a similar way with Hungoyedza.

“In 2018 we started a money-spinning club where members would take turns to collect all the proceeds. After realizing that the money was enough to start a project we then thought of a bakery which we started in 2019,” said Moyo.

The vice chairperson, Richard Ndlovu had this to say.

“We used to take turns in giving each other cub money and paying fees for our children at a rotational basis before growing into a bakery.

“We are specialising in baking plain buns which is a better replacement for bread that is now too expensive to many. The market is wide, ranging from villagers, community meeting and school children during sporting events,” said the vice chairperson.

Both clubs appealed for assictance so they could purchase more equipment to improve production. 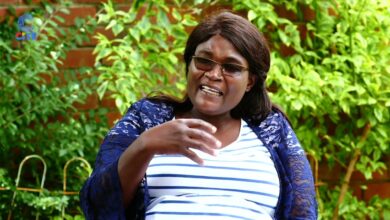 Pumula MP designate promises to work with everyone