Arundel Hospital, which is believed to have links to controversial tycoon Kudakwashe Tagwirei, has offered to pay bills for the Zimbabwean patient who was shamed by the Limpopo Health, Member of the Executive Council (MEC) Dr Phophi Ramathuba for failing to pay treatment costs.

However, some Zimbabweans described this offer as piecemeal, noting it did not address the fundamental reasons why locals left the country to seek refuge and other services in South Africa.

Dr Ramathuba castigated Zimbabwean migrants for burdening that country’s health services in a viral video clip and despite criticism levelled against her ethical conduct, she maintained her stance.

Posting on its Twitter page, Arundel Hospital announced the facility would settle all outstanding bills for the patient in that video.

The hospital said anyone who knew the female patient must contact them.

“Do you know who she is? Please contact us at +263773380322,” wrote Arundel Hospital on its twitter, adding it provided free medical assistance to individuals from all walks of life.

“At Arundel Hospital, we have an ongoing philanthropic practice, where we provide free medical assistance to individuals from all walks of life. We take pride in our efforts, in collaboration with the Government of Zimbabwe, to provide optimum healthcare to all.”

Arundel Hospital also asked for details for one Harare man who had an accident and travelled to South Africa for surgery.

Arundel Hospital was officially opened in Harare by President Emmerson Mnangagwa in 20202 where he heaped praises on Tagwirei.

Tagwirei, an oil tycoon, has been accused of unfairly dipping into state coffers through murky government contracts ranging from command agriculture to fuel deals.

As a response to that announcement, some Zimbabweans were not pleased with Arundel.

“How many will have to be embarrassed like this before you offer to pay outstanding bills? Let us be sincere and offer sustainable solutions. There are so many people in dire need of healthcare. Provide leadership,” quizzed one Twitter user

Another online Twitter user identified as Noma said Zimbabweans cannot survive on charity but need the country to be functional to take care of its citizens’ health needs.

“It’s a constitutional right and Zimbabwe has the resources. Stop corruption and primitive looting,” she said.

“This is pretty grandstanding. If you want to help you know where the problem is! You can start by adopting a public facility to capacitate,” he said.

Although most of the comments accused Arundel Hospital’s gesture to be a marketing stunt, a few users appreciated this assistance.

“A whole lot of people in this comment section sound very entitled. It is your government that owes you, which is where your taxes go. Start demanding accountability and action there. Kudos for reaching out there is no harm in making this announcement, it’s for a good cause,” said another Twitter user.

But most online users insisted the facility was grandstanding and if they wanted to help why not treat patients who were turned away from provincial hospitals such as Parirenyatwa and alleged their move to be “a Zanu PF hatchet job.”

“Why doesn’t Arundel donate a Cancer machine or a couple of dialysis machines to Parirenyatwa then we can see how genuine you are? You are grandstanding for nothing. Will you also pay all outstanding medical bills for Zimbabweans who were treated in South Africa?”

Others were even sarcastic, as one Twitter user suggested: “All Zimbabweans in desperate need of free hospitalisation please visit Arundel Hospital. They will assist you.” 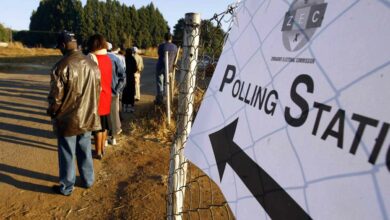 Electoral Act to be amended ahead of 2023 polls