The nine allegedly armed themselves with axes, knobkerries and machetes which they used to terrorise the villagers.

The nine who have since been arrested are now facing armed robbery, malicious damage to property, assault, unlawful entry and stocktheft charges.

Nkayi Magistrate Talent Phiri did not ask them to plead whne they appeared before him and he remanded them in custody to March 8.

A court heard the assailants, would smash windows and break down doors before assaulting some of their victims.

A couple and an elderly woman from two of the homesteads they attacked managed to flee their homes before they were assaulted.

According to the State, led by Kwanele Ncube the accused persons, committed the offences on January 24, 2021 at around 2AM.

Ncube said they then proceeded to Sibonakaliso Khumalo’s homestead where they stole a pair of gumboots and three solar lights valued at ZWL$2 025.

“They proceeded to Dorcas Moyo’s homestead. Moyo managed to flee her hut and hid at a nearby bush. The accused persons tore down her doors and smashed her windows. Total value of damaged property was ZWL$4 131. They then went to her fowl run and stole ten chickens valued at ZWL$4 050,” he said.

“Their next stop was Mthulisi Moyo’s homestead. Moyo had been warned by his neighbor that the accused persons were attacking the village. He peeped outside his window and saw the accused persons approaching his home armed with axes, machetes and knobkerries.

“He fled with his wife and they hid at a nearby bush. The accused persons smashed the windows and doors, gained entry into the house and took a Huwaei cellphone and an axe. They then proceeded to the fowl run where they took four chickens and went away.”

Govt headed for standoff with workers 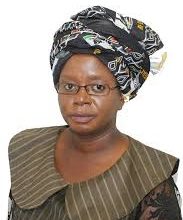