Citizens Coalition for Change (CCC) vice president Professor Welshman Ncube says any citizen who wishes to see a change in government must join the opposition party and collectively work to unseat Zanu PF.

His sentiments come in the wake of an uproar on social media platforms on the reported move by MDC-T leader Dr Thokozani Khupe to join the newly formed party.

Prof Ncube told CITE in an interview that the party is open to anyone who wants to be a member.

“There is no need to talk about coalitions, pacts or alliances, in this new party, we are saying in the clearest of terms, even President Nelson Chamisa has said it, we have said it over and over again that this is a citizens coalition and movement,” he said in an interview with CITE.

Prof Ncube said the CCC party was a new party and was open to people coming in to join its movement.

“That’s why we have been at pains that we are not starting from the past, not starting from last year but we are starting something completely new where every citizen has a responsibility to join with other citizens,” he remarked.

“There are no gatekeepers, there is no one who should be saying you don’t qualify as long as you are a citizen of Zimbabwe, you want change, you want a better life, you want to see a new beginning, join up with other citizens.
The CCC senior party leader noted it was false to imply that anyone who wanted to work with the new party was seeking a coalition or an alliance.

“We are simply saying as individuals, any one of us, join up and be with us as citizens of Zimbabwe and no one has the right to say I’m not a citizen, I have no right to join up with other citizens. That is the starting point so all these other things about election pacts don’t arise but we as citizens should be coming to work together so that at the end of the day we can free our country, that’s the first principle there is no other,” Prof Ncube explained.

“The decision of whether people join up with other citizens under the banner of CCC is a decision for each individual. I am not a spokesperson for any other individual. I can only speak for myself as one of the leaders of the CCC, as a citizen myself even if I hold no position. Each and every citizen must join with other citizens so that we can fight this battle together.”

Prof Ncube said it was wrong to imply that people who joined the CCC were after positions.

“It’s the citizens themselves who will select their leaders. It is the citizens who must select their council candidates and MPs, who must select those who they will put in leadership roles in the new CCC. When we say join up, we are not joining to get a position, in fact we are specifically anti-position, join up as a citizen, as an individual. It doesn’t matter who you are. You are first and foremost an individual and that’s the point of convergence.”

The CCC vice president added: “Let those who want to bark, scream, insult, abuse do so for whatever reason but some of us are very clear, we have only one objective and that is removing Zanu PF from power and putting an alternative government.”

Prof Ncube said he personally had no quest for positions. 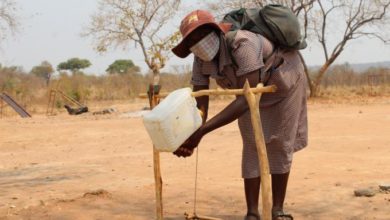