Hospitality group Africa Albida Tourism has moved to replace single-use plastic bottles with reusable glass water bottles at its hotels as part of a drive to promote the environment.

The move, which will see the elimination of more than 80,000 plastic water bottles a year used across the estates in hotel rooms, restaurants and bars.

Over the years, there has been advocacy by conservations to ban plastic bottles and some countries like Botswana have been working tirelessly to implement the ban.

“We shall now aim to reduce and then remove as much other plastic as possible from our operations to a point in 2021 where there is hopefully zero, for example, plastic laundry bags, plastic shopping bags and other plastic bottles, such as juice bottles,” he said.

The water is then put into glass bottles for guest use, after which the bottles are collected, washed, sterilised and re-used.

The system produces both still and sparkling water.

“It is important as a responsible business to keep pace with world trends in all conservation issues, and where possible, as with Victoria Falls Recycling, to also lead. We have researched and talked to colleagues before making informed decisions,” Kennedy added.

“The impact of this initiative has many benefits – there will be over 80,000 less plastic bottles going out into the environment, and with less plastic in circulation that can find its way into the wild and therefore, potentially harm wildlife, especially elephants.”

The plastic elimination would also have a major impact on waste management due to a massive reduction in plastic waste that is caused by mineral water empties.

Kennedy added that was also the benefit of the reduced cost of water they have also put water dispensers in the premises so that guests may fill up their own water bottles to take-away when going on activities.

The only project of its kind in the region, Victoria Falls Recycling, launched in March 2018 by AAT in partnership with Greenline Africa, Victoria Falls Municipality and PetrecoZim, has collected and baled more than 24 tonnes of waste for recycling in its first year of operation. 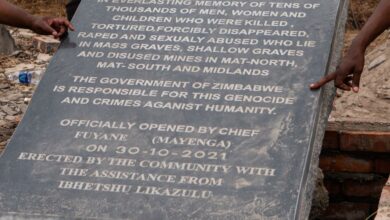 Teachers press on with strike