The African Diaspora Forum (ADF), an umbrella organisation consisting of various migrant communities living in South Africa – has noted with concern the high number of undocumented Zimbabweans who are arrested in South Africa for violating immigration laws.

The ADF said this points to the hardships people run away from Zimbabwe to seek refuge in neighbouring countries.

“This is a big problem as lot of cases deal with illegal migration,” said ADF Chairperson, Dr Vusumuzi Sibanda.

Dr Sibanda noted the number of migrants who flocked to South Africa pointed to a number of issues, chiefly among them being that the environment back at their home countries was not conducive.

He said countries such as Zimbabwe had socio, economic and political instabilities that drove people away and those who fled became migrants while others were oddities with the law.

“We have to make sure countries, not only Zimbabwe, have open democracies that respect rights to humanity and its citizens. These countries must provide for their people so that there’s democracy, freedom of expression, freedom of association and in terms of politics, people are not arrested arbitrarily because they believe or think differently from what the government wants,” he said.

Dr Sibanda, added sometimes people ‘ran’ away from their countries because their views are in contrast with the views of their government.

“Some stand against government practices and end up arrested or are seen as subversive to what they call democratically elected government but when you look at it in the big scheme of things there are a lot of questions around these democratically elected governments. Their democracy is questioned because the majority of these elections are fiercely contested and those are issues we hope the president of South Africa (Cyril Ramaphosa) will deal with this year,” he said, urging African leaders to confront their counterparts who misgoverned their states.

Reached for comment, Deputy Chief Secretary to the President and Cabinet (Presidential Communications) George Charamba, acknowledged that trekking to South Africa was due to economic imbalances, but was quick to say the trek was normal.

He cited Wenela, an acronym for Witwatersrand Native Labour Association, comprising former South African mineworkers drawn from Zimbabwe, Malawi, Botswana and Mozambique, as an example of how migrants searched for opportunities elsewhere.

“Wenela trekking started in the 1870s before colonisation and the tracking has persisted in greater volumes to this day. It is not confined to moving to South Africa and the trekking is really about economic imbalances and Zimbabwe becomes the characterisation of periphery tracking,” Charamba said.

Charamba who is also the presidential spokesperson said migration could not “boil down to unhappiness” but it was about people wanting to overcome economic and social imbalances.

“There is no basis to say people move because they are unhappy but I can assume all Zimbabweans love Zimbabwe but move to look for the character of development,” he said.

The presidential spokesperson highlighted people moved to places that were economically viable than others and South Africa was a ‘regional magnet.’

“If you recall former president (the late Robert Mugabe) spoke about spatial imbalance at a summit in Victoria Falls and as long as South Africa is more economically stronger than others the downward trek is inevitable. Everyone who is rational will go where the job is. People are economic animals and it is not only Zimbabweans but Mozambicans, Nigerians and others,” Charamba said.

He also said that illegal migrants were bound to be picked up in line with the law.

“The trouble with the law is it has a colour and class. The law will see a black migrant, a white migrant and within that pyramid, there is an internal hierarchy as it will see a Zimbabwean black, a South African black or a Nigerian black. This is where the whole concept of xenophobia is propounded,” said the government official.

On how far SADC countries had gone on regional development following previous SADC summits, Charamba conceded that it was not about recommendations but power relations between countries.

“It is a struggle,” he said, alluding to politics of industrialisation.

He lamented that Zimbabwe is a major exporter of skilled labour and of minerals, yet it could also grow economically if it beneficiated its minerals.

“This is an anomaly we have to interrogate, how a country that is well resourced is struggling. Look at how gold goes down faster to South Africa than our labourers,” he said, arguing that beneficiation of products was key to spatial development. 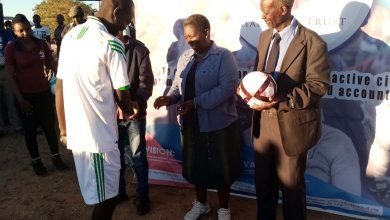 ‘ZEC composition and reporting structure, a recipe for a flawed election’