The political and socio-economic challenges affecting Zimbabwe cannot be addressed unless the existing societal imbalances are addressed, the national leader of the Freedom Alliance political party, Dr Samukele Hadebe, has said.

Dr Hadebe said Zimbabwe had historical imbalances emanating from both colonial and post-colonial eras, which were created deliberately by the two governments to subdue people.

“It is important to understand the history and conditions we find ourselves in addressing the serious national question of the Matabeleland Freedom Charter. We have a serious problem of inequality in a post-colonial setting, reminiscent of a colonial setup, so there is no way to talk of (progress) unless you address this fundamental problem of inequality,” he said Tuesday during a Twitter spaces program, This Morning on Asakhe, hosted by CITE on the party’s roadmap to the 2023 national elections.

Freedom Alliance was formed on December 18, 2021, and its leader, Dr Hadebe pointed out that inequality has now been institutionalised in Zimbabwe and would take honesty to flush it out.

“If we are faithful and honest to our history, we know there’s no way this Zimbabwe project can sustain unless we address the historical imbalances both colonial and post-colonial, which were created deliberately by the government,” said the leader.

“This disaster we are in is not a national disaster, it’s a human-engineered disaster. It has to be addressed and people all over, wherever they are, including the honest ones you can see from their writing that they agree we do have a serious problem based on this serious inequality.”

He explained that due to inequality, certain people in Zimbabwe were reduced to subjects, not citizens.

“There is a ceiling to what subjects can do and this is the same as it was in colonial times and is still an experience. So, you can’t talk of addressing issues across the country before you address the fundamental structural inequality, which just takes a policy to say this must come to an end,” Dr Hadebe said.

Dr Hadebe added that addressing the fundamentals of that inequality was important and if people were all honest, this problem would be addressed.

“Once this is done, then you can now talk of a situation where we talk of what others say. But now let’s consider those who are in the pit who need to be rescued from that problem (of inequality).”

The Freedom Alliance leader indicated that the party was vocal about imbalances and people who understood that challenge agreed with them.

“We have no problem at all in saying this. It doesn’t necessarily mean that you have to be in Gwanda or Plumtree to understand this problem, even those in Canada, New Zealand and China will still understand what we are saying because any oppression of human beings is bad,” Dr Hadebe said.

“It does not need you to be in one geographical zone so the question we are raising is the one that must be universally condemned to say you can’t keep other citizens without full rise, simple!” 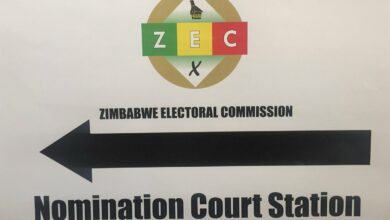