Four activists accused of plotting to subvert a constitutionally elected government were due to appear before a Harare court on Wednesday afternoon.

The initial hearing into the case was due to start on Wednesday morning, but by late afternoon, it had not yet kicked off.

The four, George Makoni (CCDZ Trust), Tatenda Mombeyarara (Citizens Manifesto), Frank Mpahlo (TIZ) and Gamuchirai Mukura (Cotrad), are alleged to have travelled to the Maldives on May 13 where they were trained by the Centre for Non-Violent Action and Strategies, a Serbian organisation, in tactics to unseat the government.

“During the workshop, the accused were trained on how to mobilise citizens to turn against the government of Zimbabwe and to engage in acts of civil disobedience and or resistance to any law during the anticipated national protests by anti-government movements,” reads the state outline.

The state will further allege that the group were trained on how to use small arms and to evade arrests once the protests started. In addition, the prosecution will seek to prove that the four, and others that are yet to be arrested, were taught on “counterintelligence and acts of terrorism”.

The state outline says the four were arrested on May 20 on their arrival at Robert Mugabe International Airport as they returned from the Maldives aboard a South African Airways flight.

It said it had confiscated the accused’s computers and cellphones, which the state claims contain subversive materials. These gadgets have since been sent to the Post and Telecommunications Authority of Zimbabwe “for extraction of evidence and can be produced as evidence”, the state says.

The state outline says investigators have also found notes and recordings from the workshops, which it intends to use as evidence.

The state intends to argue that the four were working with MDC Alliance in the demonstrations, which would lead to the overthrow of the government.

If found guilty, the four face 20 years in prison.

Allegations that a group of activists travelled to the Maldives and the Czech Republic to learn tactics to unseat the Zimbabwean government first appeared in The Herald, which also claimed that a NewsDay journalist was part of the travelling party.

NewsDay and all the organisations that were implicated in this have strenuously denied that their staff members attended such a workshop.

Some of those implicated have since threatened to sue the paper 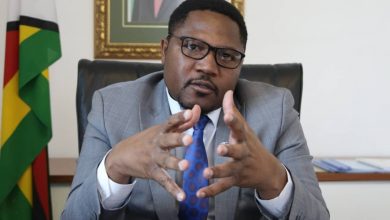 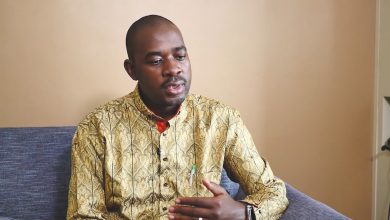