Tanaka Mrewa
THE Archbishop of the Catholic Archdiocese of Bulawayo,  Alex Thomas has encouraged Catholic priests to remain faithful to their vows so as to serve their vocation effectively.

Archbishop Thomas made these remarks at the ordination of three priests yesterday at Our Lady of Fatima parish in Pumula South.

In an interview with CITE,Thomas said there are priests who have been reportedly involved in scandals. However the church offers guidance and counselling to try and prevent such from happening.

¨Faithfulness is the cornerstone of unity in families and in the church. A faithful priest is a trustworthy one. We need to realise priests are human beings who fall into temptation just like the rest of us. The church has channels of helping those who would have succumbed to temptation. There are counselling sessions, however if a priest keeps repeating the same mistake the church has ways of giving warning to the individual at the same time helping him to stay on track,¨ said Thomas.

He added ¨The church ordains mature people who have deep understanding of what their responsibilities entail. The Catholic church is still in need of more priests, we ordain at least three or four per year. Other priests fall sick, some retire hence we need to have an adequate number of priests at all times.¨

The Archbishop said the church faces a challenge of lack of resources in its quest to evangelise to people.

¨Our existing parishes are expanding hence we need to open more parishes and centres. City council stands are too expensive. The church is trying its best to source building material for new parishes,” he said. 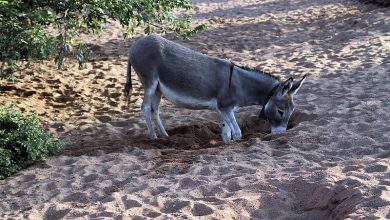