The National Railways of Zimbabwe (NRZ) management has said the just-ended 2019, was a difficult year for the loss-making state enterprise, resulting in a reversal in the gains made in the previous two years.

The Zimbabwean economy last year faced a myriad of challenges ranging from foreign currency shortages, power outages, shortage of fuel to many other disabling factors.

Briefing the media on their performance in 2019 at the company’s headquarters in Bulawayo, Thursday, NRZ general manager, Lewis Mukwada, said they were not spared from the challenges that bedevilled the economy last year.

“NRZ has not been spared by this turbulent macroeconomic environment and continued delays in the realisation of recapitalisation efforts of the organisation on the other hand,” said Mukwada.

Mukwada cited several reasons, including non-availability of planned business for their poor performance during the period under review.

“Coal miners struggled during the first quarter but recovered in the second and third quarters,” he said.

“Wheat and maize imports did not materialise as expected owing to foreign currency shortages.”

“Lack of foreign currency due to SI (Statutory Instrument) 142 resulted in the organisation failing to hire locomotives, on one hand, being unable to refurbish its own fleet,” said Mukwada.

“Poor state of infrastructure saw the number of train accidents increase, resulting in the closure of rail corridors for days while repairs were being carried out the track.”

CALL for Provision for Office And Computer supplies 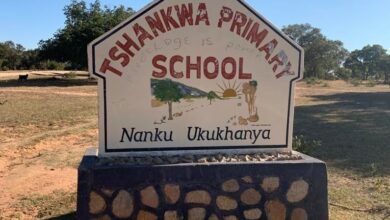