The trio were part of about 131 rowdy youths arrested by police on Saturday on their way to attend Vuzu parties.

Bhekumuzi Moyo (20), Pretchard Sibanda (22) and Alex Ndlovu (20) who were arrested at Centenary Park.

The six were arrested outside a local night club in the city centre.

The State, represented by Mufaro Mageza, alleged the accused persons, on May 4, conducted themselves in an unorderly manner where they were drinking at public places, playing loud music and shouting obscenities.

“On May 4, outside Vista lounge the accused persons were shouting obscenities at the top of their voices playing loud music and drinking alcohol. They were arrested and escorted to central police,” said Mageza.

Mageza said the other batch was arrested at Centenary Park where they were drinking alcohol and playing loud music at an undesignated area.

“The accused persons were at the centenary park where they were playing loud music and drinking alcohol police officer arrested them and escorted them to Bulawayo central police station,” he said.

Bulawayo Magistrate Franklin Mkhananzi sentenced the trio to three months in prison which was suspended on condition they perform 105 hours of community service.

Most of the youths who were arrested did not appear in court today as their court papers were not yet ready.

Police in Bulawayo have raised concern that there is a growing trend of youths causing anarchy in the city centre or organising Vuzu parties where alcohol and drugs and also engage in unprotected sex. 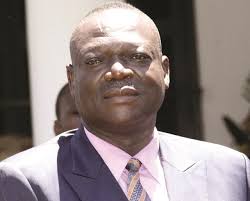