The Passenger Association of Zimbabwe (PAZ) has urged the government to provide more buses to ease the congestion being experienced by commuters who have been forced to rely on the cheaper Zimbabwe United Passengers Company (Zupco) bus fleet, due to high public transport costs.

In April, President Emmerson Mnangagwa unveiled a new fleet of Zupco buses in a move meant to improve the public transport system.

However, the few buses available have been overwhelmed by the number of commuters.

In an interview with CITE, the association`s secretary general, Paul Makiwa, said the government upon reintroducing the buses was supposed to come up with a proper timetable to ease congestions.

“According to the law, the carrying capacity of a public service vehicle in Zimbabwe should be clearly tabulated inside the vehicle. This is not only for the enforcement purposes but also for the benefit of passengers.

“The ideal safe-set up is to have all vehicle occupants wearing seat belts. It is therefore unsafe or careless to be made to or volunteer to stand or kneel along the aisle,” he said.

It is on that basis that Makiwa said the government was responsible for overload situation experienced in Zupco buses.

“This issue of overload in these buses needs a top-down approach but the government only prioritised the provision of subsidised fuel for ZUPCO buses forgetting other logistical issues that have to do with how passengers are handled. We cannot then blame the driver or conductor for overloading these buses as people are in a dilemma”, he said.

Makiwa also noted that if fuel was subsidised for all public transporters there would be no congestion.

“The transport sector is being neglected but each minister has an obligation to see that his ministry functions well and citizens are protected but since the coming in of these buses we have not seen that and to support my point, there was a message circulating on social media that women have to be extra careful inside the buses,” Makiwa said.

According to the Road Traffic Act, no vehicle should carry an overload but Makiwa argued that what was happening inside ZUPCO buses was the opposite.

He said there is need for the relevant authorities to do their duties.

“There is Vehicle Inspectorate Department, Ministry of Transport and Infrastructural Development and the Ministry of Justice, Legal and Parliamentary Affairs – all have to work together to safeguard the safety of passengers but these organs seem to be turning a blind eye.”

In addition, Makiwa called on commuters to be responsible citizens as well.

“Residents also have to value their lives as they scramble for the buses. What if something happens with all that congestion? Is there insurance and is it enough to cover everyone on board because the law says every motor vehicle has to be insured in respect of a third party’s life.

“The third party insurance means that the insurance policy will pay out claims to the other party in the event they are involved in an accident,” he said.

“We understand the situation is tight but you find some passengers begging to board an overloaded bus. If we have the law and it is practically clear, it must be rightfully enforced so that we avoid endangering passengers,” he said.

“This is why we talk about insurance cover as it may not cover everyone in an overloaded bus, as some people would not be putting on seatbelts while an overloaded vehicle cannot accelerate as normal making it difficult to overtake. Overloaded vehicles can cause tyres to overheat and wear rapidly which increases the chances of blow outs.”

MPHOKO HAS NO CASE TO ANSWER: ONLY DEFENDERS OF CORRUPTION ARE BEHIND HIS PERSECUTION 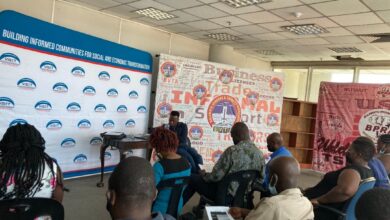