The Zimbabwe People’s Revolutionary Army (ZPRA) Veterans Association is calling all its non-combatant cadres to come forward in preparation for an impending national vetting exercise.

The association said it wants to put its registers in order so that when the national vetting starts none of its members are left behind.

ZPRA combatants have often accused the government of sidelining them during the war veterans vetting processes.

ZPRA Veterans Association Secretary-General, Petros Sibanda said members must mobilise themselves and share information so that everyone who is eligible benefits.

“If you remember we went to Harare to petition Parliament after some of our submissions into the Veterans of the Liberations Struggle act were excluded. That process is being done in Parliament and tabling of issues but we want to be ready and prepare for vetting so must the non-combatant cadres.”

Sibanda said the veterans association was decentralising and conducting an audit of its registers to capture every ZPRA cadre.

“We are putting people district by district, province by province so that it would be easy for us to do the vetting exercise. If the Veterans of the Liberations Struggle Board or the Ministry of Defence instructs us to do this and asks for certain requirements, we would be prepared,” the secretary-general said.

“ZPRA is an orderly organisation and we have to do this process orderly. We called our non-combatant cadres to put their documents in order while we also do the same with our register. We do have a master register but want to separate it province by province, district by district.”

“People will always be sceptical about these processes because once bitten twice shy. Our cadres have been victimised and they are no longer sure whether we are coming or going or if the vetting process will have peace or violence so that’s why we need to educate our communities,” he said.

“We are propagating that there will be peace because we need peace. We need to find a way of dialoguing with those that are holding us at ransom until final delivery and justice has been done.”

Vice-chairman of ZPRA Association Veteran Thembinkosi Thwala added that vetting was crucial as the former freedom fighters had valued the struggle and what it would mean for Zimbabwe.

“You must question what made a ZPRA soldier. Where did a ZPRA soldier study, what levels did they go to when they left home. You never just became a ZPRA soldier because either you started out as youth or whatever but there were certain processes one underwent to enable them to have that training,” he said.

Thwala indicated those processes had their own difficulties and challenges, which ‘actually’ affected a lot of people.

“People must understand this process. For instance, one was a youth under ZAPU internally but were recruited to go out and train militarily. Others stayed in some camps either in Botswana or Zambia before receiving that military training. No one was taken from home straight to Zambia but there were processes one went through before becoming a fully trained soldier. This affected a lot of us and people should understand there was a process that made one qualify to be a ZPRA,” said the vice-chair of the veterans association. 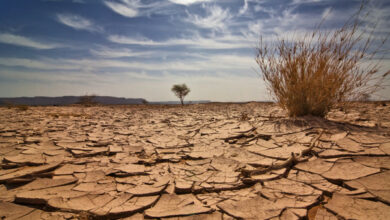