Former ZPRA fighters say Zimbabwe’s Justice Minister, Ziyambi Ziyambi, is a political novice, who displayed his ignorance on conflict resolution, justice and law in an international arena following his remarks on Gukurahundi.

They also lamented how Ziyambi, who by virtue of his portfolio is supposed to be a custodian of the law but demeaned justice by pretending Gukurahundi had been conclusively dealt with.

These sentiments were roused after Ziyambi’s remarks before the United Nations Committee on the Elimination of Racial Discrimination (CERD) in Geneva, Switzerland last week when he said the late former president granted Gukurahundi perpetrators amnesty, Robert Mugabe upon the signing of the Unity Accord between Zanu and ZAPU led by the late vice president Joshua Nkomo in 1987.

“Ziyambi Ziyambi runs to defend Zimbabwe as if there was never a violent occurrence of unacceptable proportions that took place in Zimbabwe. He wished Gukurahundi could be swept under the carpet yet he is the minister of justice,” said ZPRA Veterans Association spokesperson, Buster Magwizi who denounced the justice minister for lacking wisdom.

“Ziyambi tries to project the National Peace and Reconciliation Commission as a capable organ of building peace but he doesn’t understand the political dynamics in Zimbabwe. I don’t believe he is a Zimbabwean because he still lingers in schoolboy politics.”

By arguing that the government has no mandate to prosecute perpetrators of Gukurahundi as they were pardoned, Magwizi alleged Ziyambi’s remarks display he is part of the “varakashi” (killers).

“Ziyambi is also portraying a corrupt judicial mindset, he is peddling corruption with the law of the country as the minister of justice and legal parliamentary affairs,” said the ZPRA spokesperson, adding that Ziyambi “must be educated on the standard process of building peace.”

“What general amnesty when Mugabe offered it to his own people? How does Ziyambi take this amnesty to be an international recognition of a peace deal, when it is not even sanctioned in any journal anywhere in the world? Imagine a hyena devours a calf last night and, in the morning, when the hyena meets the cow, it passes sympathies and condolences when it knows fully well it ate it. What a shame!”

The ZPRA veterans’ spokesperson said it was puzzling how a legal mind could defend “such brazen arrogance and hypocrisy.”

“The misinformed position of the minister must be corrected. You do not grant amnesty to yourself, go home and sleep, believing that you have built peace,” Magwizi noted.

He added that behind it all, Ziyambi’s public statements reflected the policy position of the country’s leadership.

“There’s a chief executive officer somewhere who must be accountable for all the national policy positions even if they are presented in Geneva. This means Ziyambi’s boss is in agreement with what he revealed in Geneva. People are not keen to solve the problem at all, instead they are buying time in their wise responses and presentations,” Magwizi said.

“Gukurahundi was a planned activity orchestrated by a party in the government, leading to an error of the one-party state. It is during that time the genocide was occurring and the whole world gave a blind eye. This was because Mugabe was a darling of the west. Gukurahundi cannot be swept under the carpet,” he insisted.

Magwizi bemoaned how burdensome it was for Zimbabwe’s leadership to accept that a genocide occurred, acknowledge it publicly then seek apology, through only those traditional leaders whose communities were victimised.

“Not this wholesome package from the parliament, as represented by the National Chiefs Council. They must indulge in truth telling by way of independent commissions and pay reparations to Gukurahundi victims. It may be long but this thing of jumping to birth certificates and grabbing the pawn by its belly is not good enough,” Magwizi said.

“We need truth justice so that we can move forward. Peace will be elusive for centuries if we don’t have transitional justice in this country. There are a lot of emotional issues that need to be settled in this country.”

Meanwhile, a local pressure group, Ibhetshu LikaZulu has noted there has been no action from the government concerning Gukurahundi since President Emmerson Mnangagwa met chiefs last year on August 21.

“That there has been no movement on the said meetings by the government save for routine consultations by a few Chiefs on their own initiatives betrays lack of sincerity on the part of the government. Victims are still crying out for resolution of the genocide!” said the organisation. 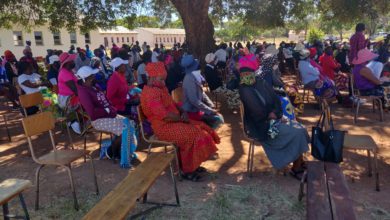