The Zimbabwe Revenue Authority (Zimra) surpassed its net revenue collection targets for 2019, collecting $23.19 billion against a target of $18.60 billion, but the tax collector fears that this jump could be attributed to inflationary pressures.

The tax collector surpassed its 2019 target by almost 25%.

“The net revenue collected in quarter four of 2019 grew by 651.29% in nominal terms as compared to the same period in 2018,” Josephine Matambo, Zimra board vice-chairperson said.

“Generally, all revenue heads recorded growth in nominal terms which is a reflection of both inflationary pressures and the authority’s revenue collection and enforcement strategies.”

Matambo said general inflation pressures caused the prices of goods and services to increase resulting in higher sales values, adding: “High prices prevailing in the economy resulted in the positive performance of the revenue heads.”

The high contribution by individuals’ taxes could be attributed to cushioning allowances and cost of living adjustments that employers awarded to employees in the fourth quarter, as well as revenue enhancement initiatives that the authority embarked on, Zimra said.

Last year, the government stopped the publication of year-on-year inflation results, but analysts project that the figure is above 550%.

The Reserve Bank of Zimbabwe (RBZ) optimistically hopes that year-on-year inflation will be down to 50% by the end of the year, after missing all inflation targets of 2019.

The Zimbabwe Statistical Agency estimates that month-on-month inflation for December is at 16,55%.

To increase collections, Zimra said it was intensifying efforts to plug revenue leakages through the closing of smuggling loopholes, fighting and prevention of corruption by its staff members and clients.

Matambo said the strategic partnership between Zimra and the Zimbabwe Anti-Corruption Commission was yielding positive results in terms of prevention and detection of corruption.

She said the tax collector conducted 267 lifestyle audits in 2019 and of these, 34 people were caught, while some had their properties seized under suspicion that they had acquired them in unclear circumstances. 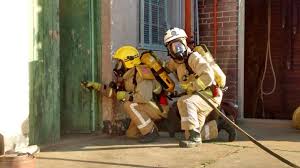 Will Beitbridge Border Post open from 3 to 10 May to allow Zimbabweans trapped in South Africa’s lockdown to troop back home?