This follows an outcry from animal conservationists that the country was secretly selling baby elephants to zoos abroad.

Speaking during an interview on The Breakfast Club, Zimparks spokesperson Tinashe Farawo said the issue of selling of elephants is not an overnight event as it involves a lot of research.

“Elephants can only move to what we call an appropriate or acceptable destination after assessment by our scientist, before any sale of the elephant, the scientist will go to the intended destination to look at the acceptability of the destination whether the place is good for the animals,” said Farawo.

“We have never in the history of this authority translocated or shipped what people call baby elephants, many people use words like baby animals to evoke emotions, those things I tell you are not backed with facts.

“And for you to move an animal there is no way that we can smuggle an animal like an elephant without anyone noticing and we follow the proper procedures of transporting animals through air, we have been doing that to the later. Now the problem is most people have been accusing us without even evidence in most cases,” said Farawo.

“We have sold about 100 young elephants and the reason why we say young elephants is because those elephants are now old enough to survive without their mother, they are now independent in other words,” he said.

“Coming back to the issue of large sales that we have been doing, we raise money so that we can buy vehicles for patrol, fuel, we also equip our officers in the bush, you know very well that poachers in some cases are armed to the tip and dangerous, we must also be equipped equally so that we deal with those problems.

“As a parastatal, we have been audited by the auditor general over the years and we have not been found wanting in terms of how we have been accounting for the money that we receive either from the live sales or from the partnerships.

In May last year, the government announced that between 2012 and 2018, Zimbabwe had sold 97 baby elephants to China and Dubai, raking in US$2.7 million.

He added that the country’s wildlife is healthy and in-fact overpopulated with the country having the second largest elephant population in the world.

“Our national parks are overpopulated, Hwange, for example, was meant to cater to 15 000 elephants, we are now talking between 45 and 53 000, more than doubling the ecological carrying capacity of that place and this has resulted in those animals invading human settlements,” said Farawo.

“We have the fourth largest rhino population in Africa, Lions have a minus or plus 2 500 which is healthy.

Farawo revealed that the country lost about 200 elephants last year due to drought and starvation. 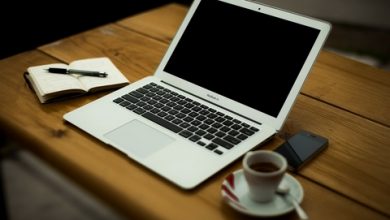 Working from home could pose challenges for Zim workers