The government of Zimbabwe has extended tax exemptions or tax holidays to selected companies that are linked to the ruling elite.

Investigations have revealed that this development has created a situation of unwarranted privilege, which has been described not only as unconstitutional, but also as being opaque and open to outright abuse,

A tax holiday is a government incentive programme that offers a tax reduction or elimination to consumers or businesses for a temporary period.

In the United States, tax holidays often involve state and local sales taxes paid by consumers, but governments also use them in developing countries to help stimulate foreign investment and business growth.

Since coming into power, President Emmerson Mnangagwa’s government has been accused of bypassing Parliament to extend favours to big businesses in a move described by some watchdogs as being akin to State capture by the targeted organisations.

The previous instrument introduced in 2019 exempted the Chinese firm from paying income tax since August 2014.

This was backdated to August 2009 despite an outcry that the exemption was a violation of the constitution, which states that “the burden of taxation must be shared fairly.”

The Zimbabwe Revenue Authority (ZIMRA) annual report for 2020 showed that potential revenue lost through tax exemptions had risen by a staggering 555.79 percent that year.

At that time, using the current official exchange rate which was U$$1: ZWL$81.3010, the foregone tax revenue was equivalent to US$1.29 billion.

According to the 2020 Fourth Quarter Treasury Bulletin uploaded online on March 31, 2021 on the Treasury’s website, tax revenue forgone by the government in 2020 accounted for 74 percent of the entire compensation of government employees in that same year, totalling ZWL$151.17 billion.

Investigations that involved the conducting of desktop research, perusal of court documents and interviews with experts revealed that the government’s policy on tax holidays is questionable as it only benefits companies whose owners have close links to the executive or foreign organisations, as was the case with Huawei.

The organisations in question enjoy these benefits to the detriment of local taxpayers that are suffering under the weight of a collapsing economy.

Besides Huawei, the biggest beneficiary of the tax holidays is allegedly Zimbabwean business magnate Kudakwashe Tagwirei.

He is an advisor to President Mnangagwa and is one of the most prominent financiers of his ruling Zanu PF party.

In January 2021, the government granted a five-year corporate income tax holiday to the Tagwirei-linked Great Dyke Investments (GDI), a platinum mining venture, whose main shareholders at the time were the Zimbabwe military and a Russian investor. Shareholders resident in the country were exempted from paying taxes on investments in GDI.

The tax exemptions were applied retroactively to January 1, 2020. GDI is now owned by Kuvimba Mining House, a mining venture that is also closely linked to Tagwirei.

Investigations by CITE revealed that no local business entities other than those linked to the controversial business tycoon have been granted tax exemptions by the Mnangagwa government. Tagwirei has reportedly made millions of United States dollars from government contracts ranging from the controversial command agriculture to road massive construction projects,

John Maketo, the Zimbabwe Coalition on Debt and Development (ZIMCODD) programmes manager, said Tagwirei had used his proximity to State power to gain an unfair advantage over other taxpayers by making sure that his businesses benefited from the tax holidays.

“A more controversial and recent example (of tax exemption) is that of the Russian owned Great Dyke Investment and Landela, which is allegedly owned by Tagwirei, a close ally of the President and a member of the Presidential Advisory Committee,” Maketo said.

“Under this scenario, it can be argued that the opaque nature of the relationship between the Russians and the Zimbabwean government coupled with Tagwirei`s own proximity to the President account for the tax holiday, which was given to Great Dyke Investments.”

The Russian investor has since dumped GDI, which is now controlled by the Tagwirei-linked Kuvimba Mining House.

Tagwerei did not respond to several telephone calls when efforts were made to obtain comment from him on allegations that he was using his high-level political connections to benefit from tax exemptions for his business operations.

“This is also worsened by the fragmented fiscal mining regimes that are outdated and speak from a colonial grave. The Mines and Minerals Act is now outdated and does not speak to transparency in mining fiscal regimes, particularly the administration of tax holidays.”

He said the problem of opaque tax holidays was similar to the way the government charged royalties paid by platinum miners, which were slashed from 10 percent to 2,5 percent in 2018.

“It goes without saying that the economies of affection undermine revenue generation in Zimbabwe and determine how fiscal mining regimes are governed,” Maketo said.

“At the moment, platinum royalty rates are half the rate paid in the gold sector and marginally higher than base metals by 0. 5 percent.”

Former Zimbabwe National Chamber of Commerce deputy president, Golden Muoni, said tax holidays should benefit local companies more than foreign organisations for them to have a positive impact on the country’s economy.

“Reviving the economy will remain a challenge if tax holidays are granted more to foreigners than to locals,” Muoni said.

“Look at the case of (the now-defunct Broken Hill Proprietary) BHP (Minerals Zimbabwe Pvt Ltd). They came and after only five years they packed their bags and left. The only answer to the economic crisis is to empower local entrepreneurs. To me, supporting locals by granting them tax holidays is paramount to driving the economy forward.

“There are no foreigners who are billionaires in America, China or any other countries all over the world.

“So, if we don’t make our own billionaires as Zimbabwe but start supporting these so-called investors then we are doomed. It would seem as if we are promoting corruption if some investors are getting preferences or special incentives. Economic incentives must benefit everyone.”

He said if tax exemptions were extended to specific productive sectors, the economy would recover.

“Agriculture contributes about 70 to 80 percent of the raw materials we want locally,” Muoni said. “Talk about the oil expressing industry or the refining of cooking oil.

“As we speak right now, we are importing crude oil from South Africa and beyond. If that sector is supported, money used to buy crude oil can support soya farming and other value chains here.

“Look at companies such as Feedmix or National Foods, they are importing soya, cotton or sunflower cake from Malawi, Zambia and South Africa yet we can produce them locally.

“If we have tax holidays (targeting those companies) then we will turn our economy around very fast.”

Confederation of Zimbabwe Industries (CZI) president, Kurai Matsheza, said if tax holidays were applied strategically, they could be a useful instrument to attract investment.

“As a general approach, tax holidays could be targeted at certain sectors of the economy,” Matsheza said, “depending on strategic focus to grow the economy. These holidays generally are known and approved by legislators as they have fiscal and budgetary implications.

“They are also generally time bound, depending on the stages of sector and economic development. Whatever tax holidays are implemented, they must focus on the economic thrust of a nation.

“These should not be applied in a manner that will destroy the competitiveness of those already operating within a country. If it disadvantages local industry then it will be retrogressive.”

Statistics from Zimbabwe’s 2017 to 2022 national budgets show that the country’s social spending has been poor, a situation that has widened the inequality gap.

Maketo said as a result of the government’s low spending on safety nets, approximately 74 percent of the Zimbabwean population now lived in poverty.

“(About) 13.5 million people are living below the food poverty line with 3.5 million children chronically hungry,” Maketo said, “while about 60 percent of rural women encounter period poverty. This means that they lack access to menstrual supplies and education and, lastly, it is believed that girls who experience poverty miss 20 percent of their school life.

“These statistics show a correlation between tax breaks and holidays and weak domestic resource mobilisation which then affects social spending.”

A ruling is yet to be delivered in the case, as the court said the matter was not that urgent.

The Finance and Economic Development Ministry did not respond to questions that were first submitted on May 11, 2022. They were directed to its Chief Director of Communications and Advocacy, Clive Mphambela.

Several attempts to reach Mphambela on his mobile phone following the email questions were unsuccessful.

The questions sought to establish what criteria the finance ministry uses to determine which companies should benefit from tax holidays, as well as any response to criticism that the tax holidays, in fact, violate the Constitution of Zimbabwe.

This article was produced under the VMCZ Investigative Journalism Fund with support from the Friedrich Naumann Foundation. 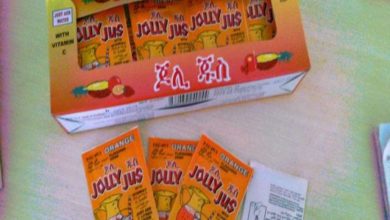 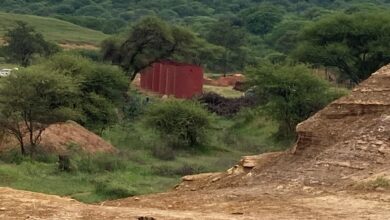