Relations between Zimbabwe and the United Kingdom (UK) have come under the spotlight, following the imposing of fresh sanctions on the former’s four security chiefs Monday by the latter, which has just exited the European Union (EU).

The four individuals on the fresh sanctions list are Owen Ncube, Minister for State Security, Isaac Moyo, Director General of the Central Intelligence Organisation, Godwin Matanga, Commissioner General of the Zimbabwe Republic Police and Anselem Sanyatwe, former Commander of the Presidential Guard and Tactical Commander of the National Reaction Force.

The four have been fingered in human rights violations since President Emmerson Mnangagwa came into office in November 2017 with the former colonial master saying it seeks to hold the ‘new dispensation’ to account.

The UK says the human rights violations perpetrated against Zimbabweans include a state-sponsored crackdown against protests in January 2019 that resulted in the deaths of 17 Zimbabweans and post-election violence in August 2018 in which six protestors lost their lives.

“I am not sure if they (sanctions) are of any benefit to us as a country,” said political analyst, Fortune Mlalazi.

“We have seen the impact that they merely probably just clip the wings of the said individuals that have properties or any interest in the UK.”

He said the sanctions were now clear proof that the UK just like other countries were losing faith in Mnangagwa and his administration.

“I think many people had hoped that Mnangagwa was going to be better but it’s clear that he is even gone worse than (Robert) Mugabe and the violations of human rights are even worse or rather it shows who was in charge of human rights violations during Mugabe’s era,” he said.

Another political analyst, Paul Sixpence said the sanctions were bound to be imposed considering the US took similar measures in 2019 and 2020 against those deemed to be responsible for human rights violations in Zimbabwe.

“There was anticipation that President Mnangagwa will present a break from his predecessor’s toxic politics and ruinous leadership,” said Sixpence.

“Zimbabwe squandered that opportunity as evidenced by the January 2019 and August 2018 killing of protesters, jailing of political opponents and journalists, lack of political will to tackle high level corruption, general breakdown of the rule of law and the capture of key state institutions by the ruling elite and their associates.”

He was however quick to say the sanctions were a “serious drawback to the re-engagement.”

“Zimbabwe has invested a lot in re-engaging its erstwhile enemies but those efforts are yet to be matched by a genuine desire to reform by the government of Zimbabwe,” Sixpence said.

“Britain’s exit from the EU was a perfect opportunity for us (Zimbabwe) to normalise and revitalise relations. We need the UK more than it needs us. The UK already enjoys excellent bilateral and multilateral relations with many nations, international organisations and trading blocs. Zimbabwe has squandered an opportunity to strengthen its political, economic and development relations with its former coloniser.”

He however said it was not all gloom and doom, adding there was hope for improvement.

“Relations with the UK have been strained for the past two decades and during that period, the UK has continued to provide development assistance to Zimbabwe,” said Sixpence.

“This is an indicator that the UK is willing to re-engage and work with the government and people of Zimbabwe.”

ZAPU spokesperson, Iphithule Maphosa however the imposing of sanctions was a political climb down by the UK government “that literally got its hands dirty assisting a coup in Zimbabwe with their ambassador at the time, Catriona Laing becoming the de facto premier of the country.”

He said that as it may, the UK was still in search of opportunities for economic benefit, adding Zimbabwe was a good candidate for cooperation.

“Mending relationships with the downtrodden populace while assisting democratise its politics is a priority for them,” he said.

“With ZANU-PF in power, no relationships between the country and the international community will ever improve. This one is no exception.” 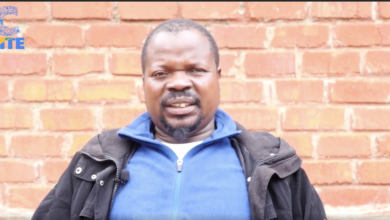 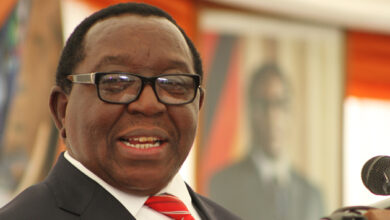